What Songs/Bands First Got You Into Music?

My personal musical journey began at age 12, when it was popular to go to the skating rink every weekend. Back then (1972) I remember hearing a lot of Stevie Wonder, Lou Reed, Elton John, Doobie Brothers, War, and Edgar Winters. Then later, around age 15, it was disco at the rink. K. C. & Sunshine Band, Wild Cherry, Bee Gee’s, Cool & The Gang, Average White Band, and Ohio Players.

before I started going skating, I was exposed to hard rock of the 60’s by my brothers. Bands like Iron Butterfly, The Who, Cream, Jimi Hendrix, Led Zeppelin, SteppenWolf, Deep Purple, Free, Blue Cheer, Uriah Heep, and James Gang. Of course, I was very young and had no idea those bands would play a bigger role later in my life.

now, I am a rattlehead. I listen to a lot of heavy music. My personal favorite metal genre is symphonic metal followed by progressive metal. 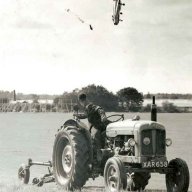 I was born in 1966.
Earliest song I remember: Light My Fire - Doors.
First songs I bought on 45: Peggy Sue - Buddy Holly; Light my Fire - Hendrix; I Feel Love - Donna Summer
First song I became obsessed with: Good Vibrations - Beach Boys
First albums I bought in a store with my own money - Frampton Comes Alive & Kinks Greatest Hits
Songwriters that leaked in and influenced me because of my Mom's albums:
Christine McVie
Neil Diamond
Gordon Lightfoot

This was the first disc I bought with my own cash.. Ex-jukebox record from a junk store. Circa... '72?

xc_hide_links_from_guests_guests_error_hide_media
The Mob - Give It To Me.
D

Mid to late 60's pop rock including Beatles and Stones
You must log in or register to reply here.

What's In A Name?