The album has certainly grown on me a lot now. I love this album now apart from We Will Run which was still ruined by the Xzibit presence.

I'm glad to hear that RR. Unfortunately the opposite is the case for me. I struggled to get through it the last time I listened to it. I don't know why it won't click with me. I am not giving up on the album yet though!

My CD finally arrived. Wow....great, great album, definitely better than Unforgiven, which, while a great album itself, was a little too synth/electronic at times.

I loved the first two releases (videos) and still do. Paradise & Dangerous will continue being my favorites. I mean, Sharon and Tarja together? Unbeatable.

I'm surprised how much I love And We Run w/Xzibit. I really, really don't like rap for the most part. I've listened to RunDMC & Cypress Hill in the past,
and Ice T on The Illusion Of Power from Black Sabbath sounded good to me, though he only did one line on that track. And We Run is an epic song that isn't ruined by the rap.

I might even check out Xzibit on youtube. I probably won't ever buy any of his albums because, again, rap isn't my thing.

Whole World.... is my least favorite of the guest vocal tracks. A good song in itself, but the least Within Temptation of all the tracks on Disc 1.

Silver Moonlight brings back some growling vocals not heard since Enter. The growls aren't as front & center as they were on Enter.

Overall, the album has a definite Heart Of Everything sound/feel to it. Sharon's vocal range is the best it's been since that album.

If Unforgiven was the concept/experimental album, Hydra is the return to form. 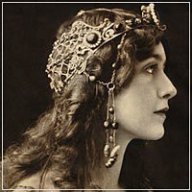 I'm kind of short on words ATM, but I need to contribute to this thread, so I'm here to say that I love Hydra!

Even "And We Run w/Xzibit"; I do not like most rap, but I felt it contributed to the song, and was not just thrown in willy-nilly for something different.

I just got the album yesterday and I actually only listened to the bonus disc thus far as I was beyond curious about the covers. Out of all the covers I like them all but I LOVE this Passenger cover. The original is decent but kind of flat. This gives it so much more depth and made a decent ballad absolutely gorgeous!

The song with Xzibit is decent until he starts singing on it. I listened again and enjoyed everything prior to his rapping.

3rd official video is up. 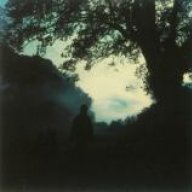 I forgot they were coming out with a new album. I will try giving it a listen sometime this week.

Picked up the double CD & 100 page media book version of Hydra. Have to say I do like it, but not as much as Unforgiven. Highlight of the album is, without a question, Paradise with Tarja, and other top picks for me are Let Us Burn, Silver Moonlight, Dog Days & Tell Me Why. Honourable mention to And We Run but why ever Tidbit (or whatever his name is) needed to be on there I don't know as I think it adds nothing at all, though I don't feel so strongly as to think it ruins the song. Least favourite is Edge of the World. Pleased I decided on the special edition as there is a great cover of Imagine Dragon's Radioactive on the bonus CD