What Music DVD Are You Watching

Not a music dvd as such , but not bad …picked it up yesterday at JB hi fi

You must be registered for see images attach
R

LYNYRD SKYNYRD playing the Knebworth Rock Festival back in August 1976 when Skynyrd 'blew the stones off the stage' allegedly??.

Talking of rock bands playing Knebworth I wouldn't mind seeing the 1980s reformed DEEP PURPLE and MOUNTAIN playing the 1985 Knebworth festival IF IT WAS FILMED(?) (especially MOUNTAIN'S set in particular) and released on a double-disc DVD featuring both DEEP PURPLE & MOUNTAIN??.
R

Currently I have been watching 'the Stones' at Altamont in early December 1969 and the events leading up to the staging of this notorious concert although the film GIMME SHELTER doesn't go into the full details of the background to this gig but the film footage is interesting and still worth watching some 53 years after the actual concert took place.

For a fuller picture into the background and the events leading up to the staging of this concert Joel Selvin's ALTAMONT book published in 2016 is worth searching out.
R

I watched LED ZEPPELIN live DVD at the Royal Albert Hall in London back in January of 1970 yesterday evening (I had seen it all the way through once before about 15 or 20 years ago) and the whole concert looks better than I remember watching it originally. I was never a big fan of the band being more of a Deep Purple fan as opposed to 'Zeppelin' but I must admit that I enjoyed the whole gig. Well done lads. 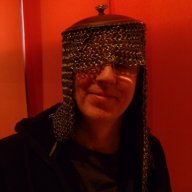 M
What are you currently listening to on repeat?

What are those brain scanning helmets called in Last in Line at 2:20?