Ahh, well that may be a little too cliche'.
Member name - BeatleMatt and yes I greatly enjoy listening to The Beatles. And Cheap Trick. There is that scene in John Lennon's Imagine film where John and George and a few others are sitting around the breakfast table talking. John and George are being a little cynical and talking in a humorous code. George is saying how he saw BeatleEd has a new album out. I may have the name wrong but it's just a moment in the film that sort of stuck with me. So, I sort of latched onto BeatleMatt every now and then.
I'll sort of look around and hopefully make some postive contributions to the site now and then.
I look forward to some interactions.

Welcome BeatleMatt. Hope that we see you on the forums. Look forward to your input. 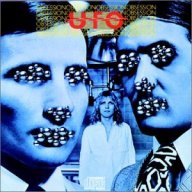 My intro. to say hello