What's In A Name?

Before Van Halen, most bands with family names as the band name "The" usually followed the name. The Osmonds. The McCoys. The Allman Brothers. It was not often the band would just call themselves Bee Gees. Montrose. Santana.
Someone help me out here but it seems that after Van Halen, it was a bit more common. Vandenburg. Dio. Slaughter. Dokken. Winger.
What other bands am I missing that have simply named themselves after the last name of a band member? 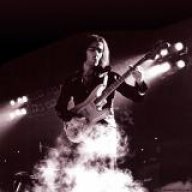 Does Blackmore Night count in your example...?
You must log in or register to reply here.

Jul 13, 2022
STATUS QUO
S
R
Does anyone know the name of this song ? I've been looking for her for a long time now, youtube link below