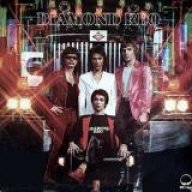 I love Sammy Hagar's works. One thing I've noticed about him is that the songs that he did with Van Halen seem stylistically different from the ones he did with Montrose or in his solo career. Why is this? I mean, I listen to stuff like "Bad Motor Scooter" or "There's Only One Way to Rock", and then I listen to stuff like "Love Walks In" or "Finish What Ya Started" and it makes me wonder.

I did read that Van Halen when they were on the way up before 1978 and playing colleges across the states before the release of their debut album they did use to cover at least one Montrose number in there set which from memory I think was Make It Last the final song on side 2 of the Montrose vinyl debut album.

Im sure there are many reasons. A different level of maturity, different song writing partners and approach, different outlook on life in general. Different expectations of what the music should be.
S

Sammy is one of those very versatile musicians that can adapt to different styles, but also understands the expectations of the people he's working with.
People keep forgetting or don't realise that people that work in the field of Arts & Culture & Entertainment are intelligent and talented. Iggy Pop ( James Newell Osterberg, Jr.) came Dux of his school. That's #1.
Stewart Copeland the Drummer & Sting's pugilist partner in The Police is a genius mathematician.
Mark Knopfler worked first as a reporter and farm hand and later as an English teacher.
Don't be fooled by the dopey ones either, it's all an act.
John Lydon ( Rotten ) from The *** Pistols is one of the smartest and quick witted people on the Planet.
The short answer is - Musicians and Actors are intelligent

In regards to Van Halen, Sammy brought a great voice and very importantly, a 2nd Guitar.
Bands with 2 Guitars have a richer and fuller sound.
Sammy wasn't a Show Pony like David Lee Roth, even though I love Diamond Dave.
Sammy was a Blue Collar Worker.
The 5150 album was great because of Sammy Hagar.
You must log in or register to reply here.

There won't be a Van Halen reunion.