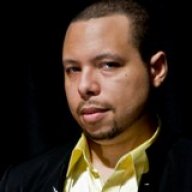 I loved these gals. I owned Fly, saw them in concert numerous times. TALENTED musicians. So hard working. Brilliant sound.

Their version of the national anthem here in 2003 sent tears streaming down my face. Honestly the most beautiful thing I have ever heard--this is what I expect Angels singing in heaven to sound like:

aeroplane said:
I saw them live several years ago, back when they were promoting their first breakthrough record. Very solid live group and I am a sucker for Natalie "Curves" Maines
Click to expand...

Natalie has changed dramatically, Aero. She still has one of the prettiest voices in country music, IMHO. This picture was taken May 2011:

Has anyone seen the Dixie Chicks Documentary "Shut Up and Sing"? This was produced / directed by Gregory Peck's daughter, Cecilia. I saw it on CMT a few months ago, not a bad documentary. It sure opened my eyes up to political bullies and why so many public figures NEVER speak their mind on issues.......

I think the Chicks were all at their most gorgeous at the time Home was released back in 2002.

And Dairenn, I think Fly is their best album personally.

I haven't seen that Magic. Is it something that's going to sway my views on them in a negative way? I tend to turn a blind eye to when musicians interject their political views into their work. I don't know much about the documentary or what it's about is why I'm asking. I'd imagine it has something to do with Dubya and his administration though. Correct me if I'm wrong.

Natalie made some public political comments a few years back that just about ruined their career. The Dixie Chicks were bullied by all kinds of political groups......this documentary is about that.

The Dixie Chicks received all kinds of death threats, etc during this time. The documentary covers all these issues and how the girls protected themselves and about their public retraction of their comments.........

I remember that. Weren't they performing overseas and Natalie made a comment about President Bush being from Texas?

I think that comment really alienated them from the country music scene. A lot of country artists didn't side with them on that and there was that run in with Toby Keith. That may be why they went with a sort of pop-oriented on their next album. Just an observation. 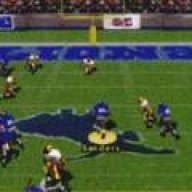 Magic said:
Natalie has changed dramatically, Aero. She still has one of the prettiest voices in country music, IMHO. This picture was taken May 2011:


You must be registered for see images
Click to expand...

Yeah, I've always followed her throughout her career (and got the restraining order to prove it

Seriously, though, she is gorgeous and continues getting better with age. Much like wine. Though I like her songwriting and voice best of all

I have always respected artists that have the chutzpah to step up and say what they believe in, how is it any different than a Rich CEO attending a political rally and donating his money and influence to a party or candidate. Take away the horrific 9/11 and the Dixie Chicks are Spot On! They called him like they saw him and I was proud of them for doing so.

It's tragic that the country that values free speech and human rights would have responded with the violence that they did...all because of the events of the time. Dubya will go down in history as one of the worst leaders the US ever had, and the Dixie Chicks will stand among the few who had the courage to say what they believed, unlike many others cowering behind expediency.

Was it the right thing to do for their music careers...definitely not but they had already set the bar very high among all female country/rock artists anyway before anyone came along to bully them and tear them down for expressing their beliefs that are protected under the American Constitution.

I didn't appreciate their comments either but the absurd reaction people had to it was, well, absurd. They get paid to play and record great music, which is what they did. That said, you do have to understand your customers. Kanye West can say "George Bush doesn't care about black people" and not get ostracized from the hip-hop music community, because 99% of his fans agree with him. Gene Simmons has come out against Obama; are people running out to buy up Kiss CDs just to burn them? Nope, because probably at least 50% of his fans agree with him. But if you're Jay-Z and say something like that, all hell would break loose. If Tim McGraw expressed discomfort with the Tea Party, you better believe he would have to switch to Top 40 and have to start opening for Coldplay. That's just the way it is, like it or not.
L

Just because you are a recording artist shouldn't mean you have to give up your rights to express your opinions. The sad part of the Dixie Chicks was the corporate reactions whipped up by the bully boys behind the scenes as much as any real public fervor. That made it worse than it really was.