I expected the Phil Lynott statue to be a bit more robust. Apparently fans leave plectrums under the guitar strings. I've often wondered what happens to all these little bits of plastic. I had to laugh at the comments from contributors to CR, who said what I was thinking, but which I wouldn't put into writing.

I have been listening to the second 21 Guns album, Nothing's Real (1997), which is surprisingly good - or unsurprisingly depending on your viewpoint. Scott Gorham's guitar playing is outstanding as always, but the singer is pretty good too (Hans-Olav Solli from Norway). I understand the debut, Salute, with Thomas La Verdi on vocals, is also strong, so I'm looking forward to tracking it down. 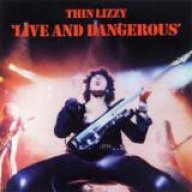 He admitted to a heroine addiction, saying it made his troubles seem to go away. These centred on Brian Robertson's hand injury, just before a US tour on the back of a hit single.

Philip Parris Lynott said:
i dont think he had a ******* addiction heroine and alcohol yes also i have 6 of there albums and i think i'm gonna get there second live album kind of soon i also have the basicly huge version of greatest hits vagabonds kings warriors angels it ha s a ton of stuff you cant realy get anywhere else also has anybody heard megadeths cover of cold sweat it is fricken awesome
Click to expand...

And Iron Maiden's cover of Massacre? That one is good!!

I wrote this for the What Are You Listening To thread, but decided to put it here too, as no one really reads anything in that thread.

Renegade by Thin Lizzy (Remastered). The critics sneered at this album, but I always loved it: Snowy White was ideal for them, Darren Wharton added some nifty keyboard touches, Chris Tsangarides gave them a clean production and Phil Lynott's lyrics were among his best. Criticism that Snow White was too much a blues guitarist for the band are nonsense (was Gary Moore too much a blues guitarist?) and the suggestion that Phil's vocals are flat due to drug intake is irrelevant - I think they are poignant and dark.

Every time I hear a Thin Lizzy album, I wish Phil Lynott was still alive. Renegade is a great album; the reissue has improved an already sharp sound and provided some singles, b-sides and promos as bonuses.

This is not remixed, but it is the best track on the album (imo):

^ Yes, I also like one of the lesser known tracks, Fats.