See the First Picture of Rami Malek as Freddie Mercury


See the First Picture of Rami Malek as Freddie Mercury

If you’ll believe that the Freddie Mercury biopic will happen when you see it, you’ve just gotten one step closer to believing it. The first picture of Rami Malek in costume as Queen’s iconic frontman has been released.

The picture, embedded above, comes via Entertainment Weekly, where Malek discussed what it means for an actor to be in a role that requires such a transformation. “When you’re able to open your eyes and see a different person staring back at you in the mirror,” he said, “it’s a very affirming moment.” He added that being able to resemble the singer “only adds to the level of confidence that one would need to play Freddie Mercury.”

But with the movie, called Bohemian Rhapsody after the band’s famous song, now in production after 12 years worth of false starts, one major question needs to be asked: Will Malek be doing his own singing or will he be lip-syncing to Mercury’s pre-recorded vocals? The answer is “yes” to both.

According to the article, Bohemian Rhapsody, which traces Queen’s story from their beginning to their triumphant performance at Live Aid in 1985, is expected to be released on Christmas Day, 2018. Bryan Singer, who directed the X-Men series, Superman Returns and The Usual Suspects, will helm the project.

Gee ****! He looks so much like Freddie it's kinda spooky.


I just hope they get this project done and in theaters during my lifetime. I'd like to see it. 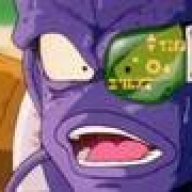 Got to say he looks the part, but I have no interest in this movie. LOVE Queen, but I'm not a fan of biopics.

The doors one with Val kilmer as Jim Morrison was awesome.

Kui said:
The doors one with Val kilmer as Jim Morrison was awesome.
Click to expand...

Another good one was "Walk the Line". I also like "What's Love Got To Do With It". (Ike & Tina Turner's volcanic relationship)

That's awesome.
But I was bummed when Sasha Baron Cohen dropped out.
http://www.rollingstone.com/movies/...eparture-from-freddie-mercury-biopic-20160308
You must log in or register to reply here.