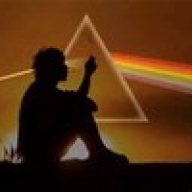 Often maligned and occasionally magnificent, sometimes supergroups make albums as good as the sum of their parts. Here's 10 to get you started

And yet sometimes, just sometimes, the stars align and the musicians curb their egos long enough to create something worthwhile. From blues-rock pioneers helping to invent heavy metal to a 90s Seattle grunge love-in, via 70s prog and folk rockers reborn, here are the 10 Essential Supergroup Albums.

“Asia? You framed an Asia poster? How hard did the people at the frame store laugh when you brought this in?” So goes the gag in 2005’s The 40-Year Old ******. Asia might have become a byword for middle-aged ****** inexperience. But these exiles from Yes, ELP and King Crimson had the last laugh, with a debut album that sounded like Foreigner with added church organ and sold 10 million copies in the era of Michael Jackson’s Thriller.

The end of the 1990s saw several grunge and alt.rock bands dumped by the wayside wondering where the good times had gone. Rage Against The Machine and Soundgarden being two of them. Audioslave were a musical love-in between ex-Soundgarden vocalist Chris Cornell and three quarters of redundant politico rockers Rage Against The Machine. Cornell’s drug habits threatened to derail the band before a note had been played. Yet, implausibly, they managed to make three albums. But, really, you only need this: their bumping, grinding Zeppelin-Sabbath mash-up of a debut album, which sounds like two dinosaurs ********.

The 1970s was a time when survivors from deceased 60s bands found solace in each other’s arms. Exhibit A: Bad Company, aka Free’s Paul Rodgers and Simon Kirke, Mott The Hoople’s Mick Ralphs and King Crimson’s Boz Burrell. Their butch, denim-shirted blues rock peaked with third album Straight Shooter and its brawny hit single Feel Like Makin’ Love. Unusually on Planet Supergroup, the original foursome stayed together until the early 80s without killing each other.

It doesn’t matter how many times critics describe Glenn Hughes as ‘The Voice Of Rock’, that ‘voice’ needs a home; like the one it had in Deep Purple. Hughes and his insane white soul boy holler found its most gainful employment since Purple alongside guitarist Joe Bonamassa and drummer Jason ‘Son Of John’ Bonham. Black Country Communion squeezed out two albums of strident 21st-century bloke rock, of which the first is easily the best. Then they left Glenn homeless.

Original supergroup Cream’s star burnt briefly but never brighter than on this second album. Strange Brew and Sunshine Of Your Love were the perfect synthesis of ex-Yardbird Eric Clapton’s lightning-fingered riffs and ex-Graham Bond Organisation’s Jack Bruce’s choirboy vocals and bass and drummer Ginger Baker’s seismic rhythms. Bruce and Baker were threatening to beat each other to death throughout Cream’s short career, but it was fun while it lasted. And they helped invent heavy metal.

Crosby, Stills and Nash – The Byrds-meets-Hollies-meets Buffalo Springfield hybrid - were tempestuous enough before they added Neil Young to the mix. But Déjà Vu’s explosion of monstrous egos and talent delivered some of the greatest folk rock of the ‘70s with Almost Cut My Hair and Teach Your Children. Of course, it couldn’t last and it took the four of them 18 years to release a not-so-good follow up.

Derek & The Dominos – Layla And Other Assorted Love Songs (1970)

Eric Clapton craved anonymity after his failed late-60s supergroup Blind Faith. So he teamed up with US roots rock ensemble Delaney And Bonnie And Friends (including Allman brother Duane) to make Layla… Everyone knew it was Clapton but a pseudonym removed some of the pressure. The result: the sublime soul rock of Bell Bottom Blues and I Looked Away and the mother of all air guitar anthems in the title track. The greatest album ever by a man called Derek.

Seventies prog rock’s legacy lives on in the modern day. But no 21st-century band has had the cojones or temporary leave of sanity to try and copy ELP. The Nice’s Keith Emerson, King Crimson’s Greg Lake and Atomic Rooster’s Carl Palmer used western classical music rather than Chuck Berry as their touchstone. There is not one iota of blues or soul in Brain Salad Surgery. Instead it sounds like Bach played by robots in outer space: Mind-boggling in its complexity and bravado and impossible to emulate.

Mother Love Bone were Seattle’s great lost band: snuffed out when their frontman Andrew Wood died of a drug overdose. Temple Of The Dog were a celebration/memorial supergroup comprising Wood’s friends, Soundgarden’s Chris Cornell, Pearl Jam’s Eddie Vedder and their bandmates. Incredibly, their one-off album is the measure of any music their day-job bands were making around the same time. It’s the Cornell show, but when Vedder joins him on the exquisite Hunger Strike, the duo morph into a veritable grunge Sonny & Cher. He’s got you, babe.

A group formed on a whim at Bob Dylan’s barbeque, and comprising Dylan, George Harrison, Roy Orbison, Tom Petty and Jeff Lynne, The Traveling Wilburys could easily have been a backslapping vanity project. Instead, the Wilburys’ first album offered unpretentious rootsy rock thrills, a proper hit single, Handle With Care, and on Not Alone Any More the opportunity to hear what it would sound like if Roy Orbison joined ELO.