Sharp Dressed Man said:
Fair point, but I think they've been releasing some good music, especially "Wake the Sleeper". Give that one a chance, if you haven't already!
Click to expand...

I have, I don't dislike it but it just seems like an imitation of Heep to me . It is far and away better than most If not all of their
Post Byron material for certain but I'm still not really grabbed by it at all. To me it just isn't Heep . I might like them better under a different name.

The Lawton era was right up there with the Byron era for me. I love John in Lucifer's Friend and he has a powerful voice to this day.

If anyone had to replace Byron, I'm glad it was Lawton. It just didn't last long enough.

The biggest surprise from 2018. Their best album since ‘Firefly’. This album rocks hard and fast. Definitely would recommend a listen.
R

joe said:
The biggest surprise from 2018. Their best album since ‘Firefly’. This album rocks hard and fast. Definitely would recommend a listen.
Click to expand...

I like the Firefly album from 1976 and in fact I like the John Lawton fronted line up of the band and the three albums Heep released with John on lead vocals especially Firefly & Innocent Victim although the last one from memory Fallen Angel from 1978 was a bit 'poppy' with short orientated songs on it and it didn't have anything on it that stood out that I can recall?.
Last edited: May 2, 2019
R

Thanks for the 'like' on the above post joe and to continue to talk about Uriah Heep even though I don't ever really listen to there albums anymore these days when I first heard the live album from Birmingham in 1973 on a double-vinyl gatefold album back in 1985 it knocked me out!!. The live album was very well recorded and has a great selection of songs on it from Very Eavy, Very Umble, Salisbury, Look At Yourself, Demons And Wizards & The Magicians Birthday although it's funny but I have noticed maybe the last ten years or even fifteen years it's become a rare cd to find in record store rakes for some reason even though the 1970s and 1980s studio album/cds are still fairly easy to find.

The Heep these days..are not bad, saw them a good few times in the 70's and they never disappointed. Come Away Melinda was a great song and i was always torn between Heeps or ufo's version.Thain and Box were amazing though. 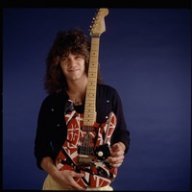 Uriah Heep were before my time. But I have just started getting into the band because Mikael Akerfeldt mentioned them at my 2nd Opeth concert.
R

I don't know about 'the Heep' if I like them or don't like them?. Known in there homeland by some rock fans back in the 1970s as "The poor man's Deep Purple" they continue to knockout live and studio albums like they're working on a Ford factory assembly line?. I thought the band was 'burnt out' by the 1990s but they just keep on coming back!!.

All the 'Heeps' 1970s albums are 'classic rock' albums and I personally like the Uriah Heep Live album from 1973 but that album appears to be pretty rare to find these days for some reason?. Abominog is quite 'commercial' and did well in Europe on the coat tails of the NWOBHM scene in England back in the early 1980s.
Last edited: May 19, 2020

For me, Byron's era defined the band and after them were just shortcomings. Albums like Salisbury, Look At Yourself, Demons and Wizards, Magician's Birthday, are all legendary classic rock albums. I think Mick Box is still around not sure about anyone else. His solo on Magician's Birthday title track having a duel with drummer Lee Kerslake is one of the best ever imo
R

SanguineRemedy said:
For me, Byron's era defined the band and after them were just shortcomings.
Click to expand...

I have heard it said that Freddie Mercury of Queen took note of David Byron's 'operatic vocal delivery' when he formed Queen?.

A sad ending to David Byron who after quitting Uriah Heep I believe ended up with personal and health problems living in a council house in Maidenhead in Berkshire (30 miles west of London) where I believe he may have died?.
Last edited: May 19, 2020
You must log in or register to reply here.