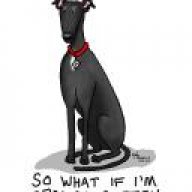 got a Sweet dvd in the mail this a.m....its a doco with all the released clips on it...top stuff indeed

That looks a top dvd release Recky....lots of SWEET fans on the forum

Many thanks to Recky ,he has put forward a few more names that were on the Australian 70s Glam rock scene at the time . Some good bands I have already mentioned RABBIT .SUPERNAUT,HUSH ,FEATHER etc ........but some artists I havent TASTE , WILLIAM SHAKESPEARE , TMG [ Ted Mulry Gang ] and also a mighty fine rock band named FINCH [...Later renamed CONTRABAND ]
So 1st band up are..

TASTE [ No not the Rory...band lol ]
Formed late 70s ,previously named CLOUD 9 ,based round singer Kenny Murdoch. They had 4 top 20 hits in Australia and toured with Sweet, Suzi Quatro,Hush,Sherbet etc
Its a great shame this band never got the breaks internationally as they show good musicianship . They did sign a US deal with Sire records but sadly broke up. Years and years later TASTE are back and have released an album "Rock is dead "

TED MULRY GANG [T.M.G ]......Ted was actually born in the UK but was a big success in Australia where they were popular with their own brand of glam pub rock . Saying that they sort of remind me of Status Quo who were massive in the UK in the 70s. They sound a good fun band....
Tragedy struck in 2001 when Ted Mulry died of brain cancer

WILLIAM SHAKESPEARE.........was the stagename for singer John Cave[ who also went under other stage names John Cabe and Billy Shake ]. Previously with 60s band THE AMAZONS . With the help of song writing team Vanda /Young.. John had some chart topping singles as WILLIAM SHAKESPEARE in Australia in the 70s . Unfortunately a scandal involving a 15year old girl basically ruined his career . Things got worse, Cave fell on hard times and by 2001 he was homeless.He died in 2010

OL" 55.........Another band that with the right backing could have broke into the Uk market......OL 55 played retro rocknroll not unlike artists SHOWADDYWADDY and RUBETTES . Formed 1972 the band had moderate chart success in Australia ,after numerous line up changes they split 1981

SHERBET......One of Aussies most successful bands in the 70s ."Howzat" was a massive hit for them

thats the stuff alright Lou...still play all those guys on a regular basis....just got myself a live ted mulry CD....top stuff indeed


You must be registered for see images
[/IMG]

Speaking of Aussie Glam ...here is Newcastle NSW rocking contribution to the scene RABBIT and yes that is dave Evans the original lead singer of ACDC on vocals...he joined rabbit after Bon got his AKKADAKKA job...( i cant figure out the video imbedding)

You must be registered for see images
[/IMG]

just something i knocked together the other day
You must log in or register to reply here.

HOUSE OF LORDS Deliver 'Saint Of The Lost Souls' March 24

R
De ImperfAction: a true voice in the dark of a modern world