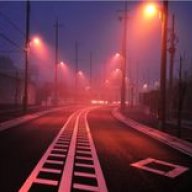 xc_hide_links_from_guests_guests_error_hide_media
if you don't have Facebook, this was the OP's caption:

Ok Facebook friends, and friends of friends, let's see who can truly beat Shazam and name that tune. I'm looking for the artist and song title.
This was taped off a new music radio show that aired Sundays at midnight, in Portland Oregon, in late 1989 or early 1990.
I just came across this cassette again today, and Shazam still doesn't know it. Trying to lyric search it on google comes up empty. And it drives me crazy that 27 years later I still can't figure out who this is.
I'm guessing that between everyone I tagged, and their friends, and friends of friends, via 6 degrees of separation etc. that somebody will be able to Name That Tune!
***Update - the Portland, Oregon radio station was Q-105 KXYQ or 105.1 FM. It was a female DJ that hosted the new music hour. The station has gone through many changes over the years, including formats and call letters. The search continues...
​
I wasn't sure whether to post this in the 80's or 90's section, but I decided on 80's because it sounds inspired by 80's acts... maybe some of you guys could help out?

Nothing is really known about this song. it could be from the UK (I believe it is, similar bands were not from Portland other than Wild Swans and Nero's Rome, and those have both been ruled out.) or it could be a fake accent put on by a North American.

any information or speculations could help!

I love this song, and I hope the artists are discovered soon...

thank you in advance.

Need help identifying this track with no info behind it

H
I would love to find a song from my childhood... most certainly from the 70's

M
Does anyone know the name of this song?