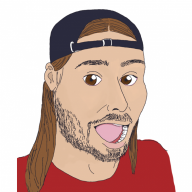 Hey guys! Anyone here listened to Egg or the one-off album, "Arzachel" with Steve Hillage from Gong?

They played in the same circuit as Pink Floyd back in the '60s, likely sharing the stage with them often. Some may argue Egg was just as good, if not better, in their own way but some get luckier than others.

They were also associated with the Canterbury Scene, but Canterbury was a 2-hour drive from their home of London by today's standards, so I wanted to touch on how the influence spread.

Their story is really interesting, and I'd really appreciate it if you checked out my video and let me know what you think! Thank you so much!

Egg were indeed special, this was a B- side

"You are all Princes" is a great track for sure!! Thanks again, Gordon!
You must log in or register to reply here.