Never Mind The ********, Here's The *** Pistols, or simply Never Mind The ********, is the only official studio album recorded by the *** Pistols.
Johnny Rotten's rabid, foaming delivery and his bitterly sarcastic attacks on pretentious affectation and the very foundations of British society were all carried out in the most confrontational, impolite manner possible.
Most imitators of the Pistols' angry nihilism missed the point. Underneath their shock tactics were social critiques carefully designed for maximum impact. Never Mind the ******** exemplified the frustration, rage, and dissatisfaction of that the British working class had with the establishment.
The Pistols paved the way for countless other bands to make similarly rebellious statements, but very few were as daring or effective. The only band who was as nasty, sarcastic, or effective like the Pistols were The Dead Kennedys.
It's easy to see how the band's energy, overwhelmingly snotty attitude, and Rotten's furious ranting sparked a musical revolution. Those qualities are still strong even today. Never Mind the ******** is simply one of the greatest records of all time.

Great review, my favorite song is God Save The Queen!

That record is a brilliantly dreadful masterpiece.

I remember it being so badass, to me, when I was a kid. For some reason I've always liked "Bodies" best. That, and I remember also liking "Problems" though being irritated by Sid's "probbbLEMMMMM" tirade at the end.

Though, I think, had "Friggin' in the Riggin'" been on that album, I would have listened to it a lot more. Or at least still dust off the old LP once in a while to this day. 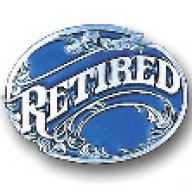 I agree, since it has been among the most influential records of all time.

Most imitators of the Pistols' angry nihilism missed the point. Underneath their shock tactics were social critiques carefully designed for maximum impact. Never Mind the ******** exemplified the frustration, rage, and dissatisfaction of that the British working class had with the establishment.
Click to expand...

But what if a band's message is that there are no underlying messages? What if a band's message is that we're rude, crude and loud and that we've come for your daughters and there's nothing you can do about it? What about those bands that opted to strip away the "subtleties" from the message in the music of the *** Pistols and just went with the in-your-face nihilism? Don't forget that those bands could be very real and very good too.

Very well done my friend...but I can't stand the *** Pistols myself.

I give them their due and their place in the mosaic of the punk rock scene, but they lose me when I listen to them...just not my kind of band. 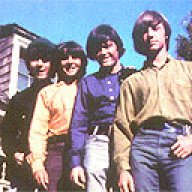 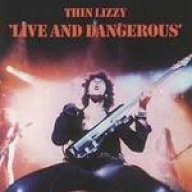 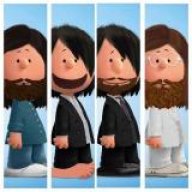 Prob one of the most important albums of the Era, The Punk Scene, and music genre.
on my Top 200 of all time....

The new reunion DVD is really cool....great write up too!!

HOUSE OF LORDS Deliver 'Saint Of The Lost Souls' March 24