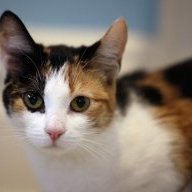 I have read all of the brand new almost all 5 star amazon.com reviews of the new remastered amazon.com best seller,The Beatles Live At The Hollywood Bowl and many people are saying what I and other fans have said elsewhere,that given how limited and primitive sound systems of the time were,and they had no feedback monitors so they couldn't even hear themselves singing and playing,they played and sounded amazingly good! I heard the small samples on amazon.com,and what struck me is how typically great and prominent Paul's bass playing is,someone said he's playing it like a lead instrument.Also an amazon.com reviewer said how underrated John's rhythm guitar playing is and what a had rocking band they really were.

Here on Paul McCartney.com quite a few members are saying that it's amazing and incredible that The Beatles played so great and sang so great with such primitive sound systems at the time and no feedback monitors so they couldn't even hear themselves singing and playing.One member said they were without a doubt the greatest live rock band ever!

Many are saying the same things on this music forum

I just found only part of this review from The London Times,you have to have a subscription to read the whole article though,and it says in the first part of it,that it's remarkable they played as well as they did given that they couldn't hear a thing.