SAINT VITUS Frontman Says A New Record Is On The Way

To see a full list of stations carrying the program and when it airs, go to FullMetalJackieRadio.com.

David Pehling of KTVU.com recently conducted an interview with Weinrich. A few excerpts from the chat follow below.

KTVU.com: You've had a particularly busy year between the WINO album, the SHRINEBUILDER debut and the SAINT VITUS live gigs. Is it a challenge keeping the different aspects of your career and life balanced with so much going on?

Weinrich: The SHRINEBUILDER thing is actually really fun for me in a couple of ways. First of all it's just different for me; This is a band where I'm not the sole lead singer. I've always been the singer in my bands. It's interesting because everybody writes, everybody contributes and everybody sings. To me that's just amazing. I've also never played in a two-guitar band before. It's pretty cool. As a matter of fact, I think it's one of the best times I've had in a band.

We just played a round of shows recently and it was a lot of fun. And that brings it home for me, because sometimes you can lose sight of why you do it and why you're in it when you start to have hardships and drudgery and are struggling. People were really receptive and I think the songs came together really well live. So that was cool.

The VITUS thing is kind of a surprise because — bottom line — I never expected in a million years we'd have this resurgence of heavy rock, you know? Did anybody see this coming? Super heavy rock is back in vogue right now. I'm not complaining. VITUS did its first reunion in 2003. We played one show in Chicago and one show in Germany [the With Full Force festival]. We almost sold out the venue in Chicago. It was just shy of 500 people. And I thought, "Wow, people really wanted to see VITUS." And then we did another round of shows [on the East Coast] recently and we were drawing that many people and more.

KTVU.com: It seems like all the SAINT VITUS concerts have focused on the classic era material since the initial reunion you did since 2003. Is there any talk about writing new material or recording together again?

Weinrich: We have and we are. We're writing some stuff right now. Everybody's pretty busy. I know I've been busy. The WINO band is pretty much on hiatus right now. So it looks like we'll be doing some recording in the near future. The bottom line is we would like to do a new record. There's talk about it. We've already been floating around a couple ideas. So yeah, somewhere down the line there will be a new VITUS record in the cards.

KTVU.com: Given that you're an accomplished guitarist, I've always thought it was unusual that you stuck with singing in SAINT VITUS. Was the idea to just stick to the template of power trio with vocalist that the band started with?

Weinrich: The thing about it is there were some logistics involved too. To me, I feel really comfortable just singing in SAINT VITUS and I think that it just ended up working out better. I played guitar on a couple of tunes back in the day. But for me to just sing seemed to be the way to go. And actually to be honest with you, I'm happy to do that because it's a change for me. So I can just focus on the vocals and I don't have to worry about anything else. Playing guitar is really intense, and then there are all the equipment and tuning issues. It's nice for me to have a breather where I can just focus on my singing.

When I first joined SAINT VITUS, I felt like that was when I really learned to sing. I no longer had a guitar to hide behind and I really had to focus on my voice and my delivery. My singing style developed and my technique got better. So I'm happy just to sing in this band. Chandler's the king of noise, so that's all we need.

Read the entire first part of the interview at KTVU.com.

Quality video footage of SAINT VITUS performing the song "Look Behind You" on January 29, 2010 at the DNA Lounge in San Francisco, California can be viewed below.

Interesting interview Flip, I have never seen them live and don't have any of their albums... 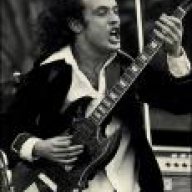 I had no idea about this .Saint Vitus is one of my favorite bands.
Thanks for the info.

A friend ask me if I want a ticket to see Saint Vitus and Crowbar at the House of Blues Sunset Strip in West Hollywood **** YES ...going to see the mighty Saint Vitus and for free too !!! Helmet is actually headlining ..here is the rest of the line up....
Kylesa, Red Fang, Howl, The Atlas Moth, Witchburn (?) I hope it's the thrash band Witchburner ..
I don't even really like Helmet but the rest of the concert should be cool and I am really jacked up to see Saint Vitus !!! 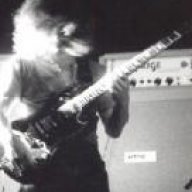 did not know the news thanks!