Steven Wilson is genius.
Yeah it's been said.
Another remix of a classic album.
Perfect!

To celebrate the album’s upcoming anniversary, Rhino will release STORMWATCH: 40th ANNIVERSARY FORCE 10 EDITION. This new 4CD/2DVD set will be available on October 11.

MORE ABOUT THE ALBUM
The recording sessions for Stormwatch stretched from August 1978 to July 1979 as the album’s ecological and maritime themes slowly came into focus on songs like “North Sea Oil” and “Flying Dutchman.” The band recorded several tracks that were left off the album because they didn’t fit the theme. Many of those can be found on the second disc of this set, including “Man Of God,” “Crossword,” “Kelpie” and “The Lyricon Blues.” In addition to those outtakes, the disc also features early versions of the album tracks “Dark Ages” and “Dun Ringill.”

STORMWATCH: 40th ANNIVERSARY FORCE 10 EDITION also includes a previously unreleased recording of Jethro Tull’s concert at Congreßgebouw in the Netherlands on March 16, 1980. The career-spanning performance mixed new Stormwatch tracks (“Something’s On The Move,” “Home” and “Elegy”) with older hits, like “Locomotive Breath,” “Aqualung,” “Thick As A Brick” and “Minstrel In The Gallery.”

STORMWATCH: 40th ANNIVERSARY FORCE 10 EDITION concludes with two audio-only DVDs that feature various mixes of the original album along with the associated recordings featured in this set.

Stormwatch marked the end of an era for Jethro Tull. Due to his deteriorating health, bassist John Glascock missed most of the sessions for the album and only appears on three of its songs (“Flying Dutchman,” “Orion” and “Elegy.”) Tragically, Glascock died shortly after the album was released. The lineup changed even more following the tour to promote the album as Barlow, Evan and Palmer left the group.

I lived in Nottingham in the 70's ..saw Tull at Birmingham and Leicester..and down the 'smoke'...quality musicianship.
Seen here in December 1968...Tull and The Who stole the show?
xc_hide_links_from_guests_guests_error_hide_media 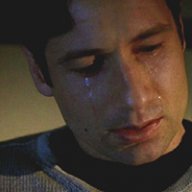 Guys/ladies. I’m way too old for not to have listened to Jethro Tull. I know that. BUT. I went out hunting for records today and I went over to their section and came over the original pressing for Thick As A Brick. Bought it, went home, and now I’ve listen to it for the third time in a row. It feels like I found a lost love

Dark Ages (Early version) - I truly think this is one of the all time great Tull pieces. This demo-ish version has a much longer, atmospheric intro before the piano part we are all familiar with begins. Otherwise, most of the arrangement is the same as the final version, and all lyrics identical. No flute or backing vocals, but it's a fiery version, and Ian practically snarls some of the vocals. It gains a lot from its lack of polish. It's a fantastic version of the song, and like Dun Ringill I might even prefer this one! Time will tell.

A Single Man - Beautiful piano intro from John Evan (a throwback of sorts to Locomotive Breath in that sense, but while that one was bluesy in feel, this one is more classically-inspired) gives way to upbeat instrumental piece with all members playing off each other. A fun little track with memorable melodies that would have been a welcome addition to the album. I like it a lot.

Orion (Full version) - The track that a lot of Tullheads have been waiting for since this set was announced. Probably the highlight or centrepiece of the whole box. Somewhat doomy minute-long intro intially chopped has been restored, before the main song kicks in (seems to be an extra verse at the beginning too), then suddenly veering into a lengthy, complex and energetic instrumental section before closing out the same way the edited version does (since that's what we're going to call it now after 40 years
You must be registered for see images attach
). Quite amazing to hear this track in its original nine minute form.

Urban Apocalypse - Some fans will be familiar with this song from last year's Dee Palmer album where she re-imagined it to fit with the style of her solo album Through Darkened Glass. On that latter-day version, we have solemn choirs, the sounds of galloping horses, and Palmer earnestly singing greatly expanded lyrics over a much different arrangement. Here, it is wildly different, a much more traditional-sounding 1970s Tull piece with Anderson nearing the top of his range, underpinned by the band banging out a heavy, complex rock track. Why it never saw the light of day until 40 years after its recording is anyone's guess.

The Lyricon Blues - The second of four instrumental pieces unearthed for this set, this one does have a faint bluesy feel at its core, but it's quirky, late 70s Tull, so anyone expecting Buddy Guy will be disappointed. Well, nobody will be expecting Buddy Guy, so it's a moot point. But it's a nice track that very slowly builds in intensity, and as it does the blues flavour fades and we are into that more complicated prog-rock territory again.

Man Of God - Yet another lost track in an astonishing line of "Never Heards" that were recorded and then never released. Strong enough for the album, but perhaps not fitting with its general themes... file alongside tracks like Commercial Traveler, Tomorrow Was Today, etc.

Rock Instrumental (Unfinished master) - Does what it says on the tin. A very typical piece of Tull music from the period. Barlow absolutely shines, as always. Maybe similar in style to that live instrumental by the band minus Anderson from the '77 era on YouTube, but this one has his flute.

Prelude To A Storm - I'm waiting on a copy of the booklet so I can read more about these pieces, but I assume this would have been the leadoff album track? I'm not sure yet. Here, it has been mixed to fade into the closing track on the disc, a live version of Sweet Dream.

News from the official Jethro Tull site at http://jethrotull.com/florian-opahle-leave-jethro-tull-end-of-2019/

FLORIAN OPAHLE LEAVING JETHRO TULL AT THE END OF 2019

Sad to have to say that “young” Florian Opahle is leaving us at the end of 2019 after 15 great years of recording, touring and travelling the world.

Florian was married a couple of years back and has spent much of his free time since developing his own new businesses with his wife Assunta.

He has taken the decision to start the next phase of his musical career as record producer and manager of the Redboxx Photographic and Recording Studio business near his home town of Rosenheim, Bavaria, Germany. https://www.redboxx-studios.de

We will all miss him hugely, as will our fans in the last decade and a half. But, just as many of us in different areas of work feel the need to move on and start new ventures, Florian, at arguably the mid-point of his professional life, is following his musical path to pastures new. His dedication, hard work and complete professionalism at all times have been a hallmark of his time with us.

His artistry and technical contribution to recording and stage shows have been of tremendous benefit over the years and will be the basis of his new, more residential career living and working at home close to family and friends.

His place for 2020 will be taken by a new fresh face on the music scene so check out this website for further news in due course.

All the very best for the future, Florian, from your friends and comrades in the band and crew. We will stay in touch and doubtless have a few opportunities to work again in the years to come.

Dear friends, I would like to take the moment to thank you all! It's been a fantastic time touring around the world and seeing so many of you at countless shows - again and again.

Lots of great memories and moments on and off stage. Good friendships have grown over the years and I am looking forward to seeing you again in the future to come.

Thank you!! Yours, Flo

ALL ABOUT JOE
Joe was born in Bedfordshire in 1995, and at the tender age of three was turned on to music after hearing Trevor Jones’s score for the two-part mini–series “Merlin” around Christmas time in 1998. Guitar entered the picture at age six in the form of a basic three-quarter size acoustic, which five years later was replaced by a Fender Pacifica serving valiantly through the learning of parents’ surviving vinyls from the 70s, including records by Yes, Deep Purple, Steeleye Span and a curious LP that appeared to be a fictitious newspaper.

His teen years brought with them an obsession with the heavier side of rock music, with Iron Maiden being the main recipients of this adolescent adulation. Early band involvements included such tasteful acts as “Guillotine City” and the irritatingly precocious ‘Statues Of Our Minds”.

Following further musical exploits both live and in the studio that explored the worlds of rock, folk and metal, a consistent enthusiasm for the progressive side of things lead down the inevitable road to classical. He went on to study classical composition and arrangement at university, graduating with a bachelor’s degree from the London College of Music.


You must be registered for see images attach
Following his degree Joe continued to arrange and compose for classical ensembles and provide music for both commercial and concert use. He also teaches privately, and provides other guitar services as both a live and recording session musician.

His personal projects include the aptly named Albion, a four-piece outfit which he co-founded in an attempt to combine the true spirit of age-old folk music with rock and metal after amassing material in this vein for a number of years. They currently perform a mixture of full band shows and stripped back acoustic gigs across the UK, singing mostly about swords in stones and ladies in lakes. Their output so far can be found here.

Solo endeavours include numerous contemporary guitar arrangements of orchestral works, the results being described by the wordsmiths at Classic FM as “fully rocktageous instrumental metal workouts”. Extended acoustic compositions and works for string orchestra, string quartet and chamber orchestra have also accompanied these, inspired by the works of composers such as Vaughan Williams, Holst, Tallis, Finzi, Warlock, Shostakovich and Stravinsky.

Ian Anderson will be playing his first tour of intimate ‘evening with’ shows in England in April/May next year. The shows will be part performance and part chat with the opportunity for audience members to ask some awkward questions! Tickets go on sale on Saturday 23rd of November. Book direct with the venue box office.