Guns N' Roses have officially released their new song “Absurd.”
The track hit digital streaming services at midnight ET on Aug. 6.
Listen to "Absurd" in the Spotify player below.

“Absurd” recently found its way into Guns N’ Roses’ setlist, first performed during the band’s Aug. 3 stop in Boston.
"Some of you might have heard this under another name,” Axl Rose admitted to the crowd that night. “But this is really kind of absurd for us to try this. Wasn’t that funny? And they don’t even know the joke yet. Ok, this is called ‘Absurd.’”
The other name Rose was alluding to was “Silkworms,” an abandoned song from the Chinese Democracy sessions. Though the track was ultimately left off the album, it was performed live by the band on four different occasions in 2001.
Originally, keyboardist Dizzy Reed wrote “Silkworms” alongside now-departed bandmate Chris Pittman.
“It was passed back and forth on our computers,” Reed explained to Metal Sludge in 2006. “We pass[ed] it back and forth and I had a couple riffs.”
In a 2008 chat with fans following the release of Chinese Democracy, Rose noted that “Silkworms” had changed and now had “a lot of guitars, lots of different drum (and) the chorus is gone.”
Given the song’s evolution, it’s understandable why Rose referred to “Absurd” as "a new Guns N' Roses song" during the Boston set. While the two tracks share many similarities, “Silkworms” -- like much of Chinese Democracy --- featured a heavy electronic influence, while “Absurd” is full of heavy handed guitar solos and bombastic drums.
The track is the first piece of material to be released by GNR since the classic lineup reunited in 2016.

If there's any other leftover material from Chinese Democracy, I hope they stay away from it. Apart from the guitars, I honestly think the new/old track is terrible.

Same thing keeps on happening, but I can Dig It!

I can Edit this Thread! 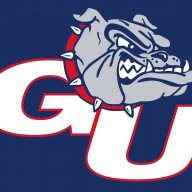 Not a good song at all. And Axl doesn't even look like Axl anymore. I saw the stadium tour in 1992 (not in Montreal, though) and that was the last time GNR was even relevant.

But I'm getting ready for work, so, no time.

Pretty weird track... It looks like it was written in 1995 under strong influence of industrial-scene. Doesn't sound very good for today, IMO.

Well, Every Rose has It's Thorn...

To all my American buddie's when it comes to the Gunners I only like three songs Welcome to The Jungle, Sweet Child O' Mine & Paradise City so wots this gotta do with the topic?. Nnothing dudes I just felt like posting something baby