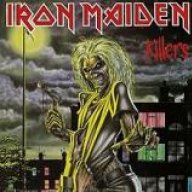 
Here's my review of Diamond Head's Lightning To The Nations

I discovered Diamond Head from Metallica. A friend of mine had this on LP. When I first heard it I was hooked. This album has stood the test of time for me. Diamond Head was formed in 1976. Like most NWOBHM bands they played gigs and in 1978 went into the studio to record this gem. This album was self produced and self released on there own label. This album much like a lot of the Heavy Metal from the England area influenced kids in the US to start what is known as Thrash and Speed Metal. But this album is a great band at work. The song structures are strong. The songs are diverse some Heavy some mid tempo numbers. Sean Harris is one Vocalist everyone should get to know. The song writing duo of him and Brian Tatler is timeless on this release. The rhythm section of Colin Kimberly and Duncan Scott hold down the back in. This release to me stands up to the first four Black Sabbath albums. If you haven't discovered this yet. Please give it a chance. Stand out tracks to me are Am I Evil,It's Electric,Lightning To The Nations,Helpless,Well there all Stand Out.
Last edited: Dec 26, 2011
L

Hey dudes i like 'the white album' they got a good sound on the record.

I remember them at the time of N.W.O.B.H.M. here in the U.K. they weren't that big back then (later on when Lars gave them a name check) but they made some waves back in 1981/82 and got some music press coverage in the U.K. music paper SOUNDS.

That's awesome that you experienced it first hand. I had to discover them much later. I did catch them live before Sean Harris left the fold. Was great to hear them songs live
L


Metal Head Mike said:
That's awesome that you experienced it first hand. I had to discover them much later. I did catch them live before Sean Harris left the fold. Was great to hear them songs live
Click to expand...

Cool dude, i remember checking out IRON MAIDEN as well in 1979/80 in the east end of London around Stratford (thats where the 2012 London Olympic games will be held by the way) they were really making a name for themselves back then and as you guy's may well know thats where Steve Harris, Paul Di Annio, Dave Murrey & Co all come from east London.

and a number of lesser known N.W.O.B.H.M. bands

I am a fan of all the bands you mentioned and some you didn't mention. I'm big on the NWOBHM bands
L


Metal Head Mike said:
I am a fan of all the bands you mentioned and some you didn't mention. I'm big on the NWOBHM bands
Click to expand...

I was gonna add SAXON but as you may well know SAXON rode the N.W.O.B.H.M. 'band wagon' BUT i love SAXON from that era with there albums-


Metal Head Mike said:
I actually own all the albums by Saxon and Tygers Of Pan Tang
Click to expand...

Cool, i saw OLIVER/DAWSON SAXON 10 years ago in London in 2002 and thought the guy's were freaking tops!!

Also the TYGERS OF PANG TANG 1st album in particular

Have seen Saxon a couple of times live through the years. I agree the first Tygers Of Pan Tang is there best. Also i also have the Angelwitch albums as well
L

DIAMOND HEAD there sound probably somes up the N.W.O.B.H.M. 'sound' it's all there in the 'white album' a long with IRON MAIDEN'S 1st/debut album as well the words CLASSIC MASTERPIECE both comes to mind with these two albums

Hey dude's Denim & Leather is cool.
You must log in or register to reply here.

I think I might be into Diamond Head a little too much...