Have to second that..went to see them with my Mum...not long before they called it a day. My ears pricked up with their credible Ob La Di Ob La Da...
However this captured me imagination bigtime!

xc_hide_links_from_guests_guests_error_hide_media
Marmalade - Reflections Of My Life.

Many acts get overlooked...and then the seemingly unending obscure bands on YT ..overshadow them once again.
Can, Tractor, Gravy Train , The Strawbs..and these to a certain degree.
What is satisfying at my age- is that i bought Leaf Hound and the like for pennies back then...and today my youthful purchases are fetching big bucks...and respect.
Anyroad Alan Hull & co here.

We share a mutual admiration for the MARMALADE Nai Noswad. Two musicians in the band at different times are worthy of note one the guitarist and song writer Junior Campbell who found fame as a solo artist in the 1970s and a musician who replaced him in the band another guitarist and song writer who in my opinion wrote some really good songs like Cousin Norman and Radancer and the demo Jody amongst a number of other songs between 1971-73 while he was a band member was Hugh Nicholson. I believe Hugh is still alive.
R

Ah yes Lindisfarne's Meet Me On The Corner & Lady Eleanor both those songs were hit singles in the UK for the band back in 1971 & 1972 and I remember them both well when I was a teenager and the world was young...

Almost straight after The Zombies threw in the towel..Rod Argent and Russ Ballard teamed up to form Argent..enlisting future Kinks men James Rodford and Robert Henrit. Saw this heavy combo for dirt money..what a gig. As far as i remember they had only 3 chart singles...Tragedy in '72 nicely slotted in between two big hits.
Like Wishbone Ash...walking around the school campus with Nexus under your arm..earned cred.

xc_hide_links_from_guests_guests_error_hide_media
Argent -It's Only Money pt.1 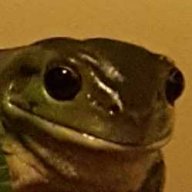 Mick Green is so overlooked it is stupid!..this Derbyshire axeman...knew his chops.

xc_hide_links_from_guests_guests_error_hide_media
Johnny Kidd & The Pirates - Shakin' All Over.
Started here...
Then in the 70's Pirates mk.2 appeared with a right on the money Pub/ Punk album: Skull Wars.

xc_hide_links_from_guests_guests_error_hide_media
The Pirates - All In It Together.
Mick Green joined forces with Alan Lancaster, co writing 'You Don't Own Me'.

xc_hide_links_from_guests_guests_error_hide_media
From: Out Of Their Skulls.
Collaborations with Peter Green and Wilko Johnson are out there too.
R

When I'm in my late 1950s & early 1960s rock & roll mood Johnny Kidd is one of my favourite British rock & rollers. I have a lot of his material on cds and really like listening to his stuff along with his group The Pirates.