The Album:
“ Rocks” is the 4th release from Aerosmith and came off the presses with platinum status and currently holds a 4x platinum certification by the RIAA. This album has had some great influence in the rock industry becoming an influence to Nirvana (where Kurt listed this album in his journal as one of his favorites), Guns N’ Roses, Motley Crue, and Metallica. The Album holds two radio friendly hits which charted in the top 40, “Last Child” and “Back in the Saddle” along with two other notable hits, “Home Tonight” and “Rats in the Cellar”. This album is my personal favorite, it captures Aerosmith in their most raw, gritty, nasty, hard hitting rock thus far. This album was made during the height of the band’s drug and alcohol addictions, which IMO, only helped to bring out the rock n’ roll funkiness they had locked inside. After having such great success with “Toys in the Attic” the band was hard pressed to come up with another hard hitting album, and “Rocks” measured up to the expectation, although it wasn’t as commercially successful. Nonetheless, this album is Aerosmith at their best. IMO, this album is where Joe Perry makes his strongest case to be called one of the best guitarists in rock n’ roll, and Tyler is definitely one of the raunchiest vocalists in rock, but one heck of a frontman, always full of energy. They rhythm section (Hamilton and Kramer) is undeniably one of the best in rock n’ roll. This album is aptly named, because it just Rocks!


The Music:
Back in the Saddle This is the quintessential Aerosmith tune. It is growling, kick ass rock. With some great 6-string bass solos from Perry, screaming Tyler vocals “ I’m Baaaaaaaaack”, and a lot of background noise and western howls which gives the song the cowboy rocker effect that only Douglas can accomplish in his productions.

Last Child Starts out sleepy and slow then explodes into a funky guitar riff. The riff is one of the best riffs that Perry and Whitford ever created, IMO, and they created this one on a whim, never expecting it to be a favorite of fans. The lyrics are essentially nonsensical, but seem to work for the song, and the chorus kicks in towards the end of the song in magnificent clarity by Tyler.

Rats in the Cellar A fast paced song that moves in a frenzy of vocals to the final minute or so of the song just being pure jam. Not one of the best songs, IMO, but the jam at the end is notorious.

Combination A deep sound, gritty and slow, with some great guitar work and a great beat. An underrated track, and very original, again using somewhat random lyrics, but you can use your imagination “I found the secret, the key to it all”.

Sick As A Dog This is one of my favorite songs on the album. The song uses catchy lyrics, has a great rhythm, and has some amazing guitar work.

Nobody’s Fault This is the heaviest song on the album. The guitars are loud, the vocals are in-your-face and distorted. The chorus is a bit poppy, “Sorry, you’re so sorry” but comes at the perfect time to break up all the heavy guitar riffs. Great song….anyone ready for a beer?

Get the Lead Out Another song with a funky, gritty beat. I love the use of the cliché “hey good lookin’, what cha got there cookin”, which gives the song a southern rock feel. Again the band uses the technique of jamming for the last part of the song, this seems to be a pattern on this album.

Lick and a Promise This song has some good hooks and riffs and a quick drum beat. The lyrics are weak, about the music lifestyle, but still not too bad.

Home Tonight As typical of Aerosmith, they end the album with a ballad. This is not the greatest ballad, but does have some heartfelt lyrics and really does seem like the song is saying goodnight to whomever is listening to the song.

Even though this album has a few weak points, like the last two songs on the album, “Rocks” is still a solid album. This album is a pivotal point for Aerosmith, it is where they had to keep up the momentum after having the success they saw from “Toys in the Attic”. Although, this album didn’t make as huge an impact, it still has some of the best guitar work that Aerosmith has ever recorded.

My rating for listening pleasure 5/5.
L

First heard this one on 8 Track...and it is another must have if you like Aerosmith.

Not bad Snoop, I am detecting a pattern here...

Just kidding, another first class review, if the band reads these maybe they'll stop in Ohio to visit...

I think Aerosmith did just the right amount of coke for this album, as every song's a winner on this LP!

"Back In The Saddle" and "Last Child" were played to death on the radio, but all the other cuts are as good as it got for them. Ok, that might be an overstatement knowing the two albums that would follow. But anyway, I love the sound quality of this album, and by all accounts (ok, just mine!) they played like a well-oiled machine on "Rats in the Cellar", "Combination", "Sick as a Dog" and "Nobody's Fault". "Get the Lead Out" and "Lick and a Promise" were strong tunes as well, and then came their signature power-ballad "Home Tonight", which is still a favorite of mine. The production on this album is superb, with just enough sand thrown into the gears to knock the sheen off any of its polished slickness.

One of the few albums I enjoy listening to all the way through. I give it three thumbs up! 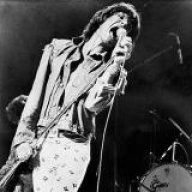 One of my favorite albums period. As a kid this record got me off the bubblegum of Sweet and Kiss and onto the hard stuff. Ironically, it was reading about how they were supposed to be the American Rolling Stones that got me into the Stones.

No schit, KMET, you honestly like "Home Tonight"? I didn't care for that ballad as much. I thought it was too short of a song, and just didn't have the punch that should have been with the album. Otherwise this album is my all time Fave from the Bad Boys. They just seemed like they had so much fun on this album, compared to the other albums. The songs seem like they are just sitting around having a good "jam" party, which is the essense I like from Aerosmith.

And you guys know that these rock bands were in major competition for fans with the british invasion, too....so they basically had to keep playing a certain sound, the sound that the fans were buying. The legendary part didn't come until some time after the 80's...and by this time Aerosmith was a tired band.

The one song that never really turned my crank was "Last Child". It was ok, but just barely. And I quickly tired of hearing it on the radio.

Your mileage may vary. hyeah:
L

I am with you for two more albums Magic, then I am jumping off the train...I only like early 70's Aerosmith, but you already know that.

I can respect that, LG, but I would argue that Done With Mirrors was a pretty dang good album if you keep an open mind and try not to compare it to their material in the 70's.
L

I don't hate on them buddy, just seemed to me that they had lost something. I simply enjoy their first five albums the most...and seeing I only have so much time left they are the ones I play.

If there is a "Stunning" album from the 80's to now then I'm sure Magic will cover it.

The one song that never really turned my crank was "Last Child". It was ok, but just barely. And I quickly tired of hearing it on the radio.

I love the way you make reference to mileage

My faves from the album are Back in the Saddle, Sick as a Dog, and Combination. But I do like the whole album.
You must log in or register to reply here.