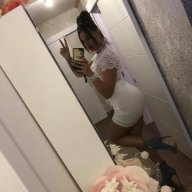 Swatches were cool too.

People act like in retrospect "Hair Metal" was this cringeworthy, horrid thing that NEEDED to die.

But I grew up on "Hair Metal". I was a metalhead as a teenage girl. From early 1988 until early 1994. My favorite bands were Cinderella, Poison,Guns N Roses, Warrant, Winger, Bon Jovi, Def Leppard, Slaughter, Skid Row, Ratt, FireHouse, Motley Crue and Aerosmith. My older sister( 4 years older than me) was into hard rock and Heavy Metal so i always heard things around the house like Ratt , Motley Crue , Def Leppard, Quiet Riot , Dokken , Judas Priest , W.A.S.P., etc. .

So i started listening to bands like aforementeioned , as well as bands like Bon Jovi, Poison , Cinderella , Whitesnake ( i absolutely loved Jon Bon Jovi when i was 11 year old). Alot of teenagers were into Heavy Metal back than so it wasn't hard to turned onto new bands all the time. I went to my 1st Motley Crue concert with my older sister when I was 14. You can call me old all you want but these kids today will never know what it's like to see your favorite band for 11bucks in a sold out stadium or the thrill of buying your favorite album. loved Sebastian Bach and still do he’s a bombshell, and had a life like poster on my door in the bedroom yummy, I also was in love with Vince Neil, Bret Michaels , Axl Rose, Mark Slaughter , Jon Bon Jovi , Kip Winger , Tom Keifer , Jani Lane ... .

Grunge didn't just lead to the death of hair metal. It led to the death of melodic hard rock and heavy metal in general, and took hard rock from a widely popular and diverse fanbase to a niche market. Today, in 2019, rock songs almost never get anywhere close to the top 10, whereas from the 70s to about 1993, hard rock regularly topped the charts. Rock music in the 80's/early 90s was awesome! There were great bands with awesome talent like Guns n Roses, Motley Crue, Def Leppard, etc. The music was fun and full of energy! Bands actually knew how to play their instruments well.


The "Hair Metal" era, roughly '83 to '92 or so, represents the last time Heavy Metal was truly relevant. It represents the last time rock was culturally 'dangerous' and also fun as a genre - when rockstars still roamed the Earth. I can see the negative thoughts you have about it - being too corporate and gimmicky. But It was a period when rock was good (for me anyway) and then by like 93 and on rock became depressing sounding with snarling growling singers who were depressed.
Last edited: Aug 29, 2019
You must log in or register to reply here.
Share:
Facebook Twitter Reddit Pinterest Tumblr WhatsApp Email Share Link