Why Are The Beatles So Popular? 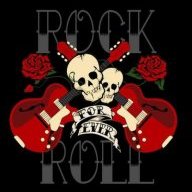 As Fred Frith, the rock sociologist once said: "If any other band in the '60s had been packaged as well as the Beatles, they would have been as popular too."
Ponder people ponder. 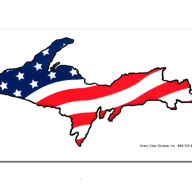 Short and sweet, either you get them or you don’t.

In one respect it's a matter of context.
Sgt. Pepper came out in 1967.
The number one song from 1966 was "The Ballad of The Green Berets".

xc_hide_links_from_guests_guests_error_hide_media
xc_hide_links_from_guests_guests_error_hide_media
The sound of the Beatles was so much more imaginative than what was going on at the time that it was like an earthquake.
It opened up so many possibilities.
And that is really genius. Once somebody else does it it's a lot easier to follow suit.
But to totally reinvent popular music... that's another thing.

The same was true for someone like Elvis and Dylan.
They appeared so suddenly and were such a contrast to what was happening that it changed everything.
All of these seminal band are in a sense "of a time and place".
Everybody follows suit afterwords and it becomes a bit more difficult in that light to see what was so special about them. Because they change everything else.

You have to remember it was a very different world without cable TV and internet.
When Elvis came along white kids had never heard rhythm and blues before at all.
It had been around for decades but it wasn't sold to white people.
Same was true for all but the most nonthreatening folk music.
Folk music was the music of the American labor movement. It was protest music.
But all most people ever knew was This Land Is Our Land.
Most people who digested popular music just weren't used to the kind of social consciousness and outspokenness of a Dylan.
He came from folk music and began writing folk songs from the voice of middle class people rather than poor itinerant workers. That was new.
Imagine a song like Masters of War which came out in 1963.
The top 3 songs from 1962 were
1 "Stranger on the Shore" Acker Bilk
2 "I Can't Stop Loving You" Ray Charles
3 "Mashed Potato Time" Dee Dee Sharp
4 "Roses Are Red (My Love)" Bobby Vinton

Then you get Dylan singing Masters of War.
It's like in the Big Lebowski when they call the Dude the right man for his time and place.
It was such a contrast and so much more relevant that it changed everything.


xc_hide_links_from_guests_guests_error_hide_media
The real question is will there ever be another?
Now that regionalism and cultural pockets are gone.
Nothing like Blues or Jazz or Bluegrass music can develop in a pure environment.
Everybody everywhere knows music from everywhere.
For the people where a lot of folk and bluegrass came from it was just music.
It grew out of the context like grass below their feet. It was a true pure expression of a culture. Untainted by outside influences. Except cultural history. Irish and Scottish music.
Same for the blues. Other forms didn't intrude. It developed independently.
And stood out as a result. It matured in it's own context. And then was "discovered" by the wider culture. It's explodes.
Can't happen any more.
The British invasion was mostly British people discovering American music.
Blues in particular and turning Americans onto their own music that most of them had never heard before.

xc_hide_links_from_guests_guests_error_hide_media
Now all of the colors from the box of paint have been mixed up.
There are no more bright reds and blues to be discovered.
Media/technology/internet has in fact united the world.
There are a lot fewer "holy ****" moments.
Last edited: Sep 11, 2018

^^^^^I, like millions out there, didn't get the "holy ****" moment from the Beatles, we got it from the Rolling Stones.
Einstein was right: "Everything is relative"
B

Everything started with the beatles. They did west coast before the mamas. They invented rock on revolver They did sabbath before sabbath did sabbath with lennons unique progressions in she's so heavy on Abbey Road. Sabbath copied the beatles
The beatles took what was already there and improved it
Above they created just about everything we have now .
Sadly, as solo artists they were relatively second rate at best..but that is the same for so many great bands when they split 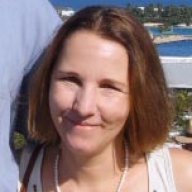 Without the Beatles we would never have heard of the Stones. I really believe this. https://www.quora.com/They-keep-on-...s-an-exaggeration-or-how-much-of-this-is-true
D

Well, it helps to have 3 members who can write songs- and great ones, at that (trust me, no matter how popular the Beatles were, if their solo stuff was unmelodic garbage, people would NOT buy it). Then, their stuff sounded very modern for that time- Hard Day's Night was crystal-clear, etc. Man, those melodies- "... and you know that can't be baaaaad...." - they continually evolved - the lyrics became more deep and poignant, they brought in the sitar, Rubber Soul was inventive- but not as inventive as Revolver- but not as inventive as Sgt. Pepper. Their lesser albums, Beatles for Sale and Let it Be, would be some group's best albums. Like I've always said, if the Beatles stuck it out through 1980, and they had Beatles Greatest Hits of the 70s, it might have looked like this:

If they extended into the 90s (let's pretend Chapman got hit by a car and died in November 1980), the Beatles Greatest Hits of the 80s could've looked like:


Geez.
You must log in or register to reply here.

Hello from the Pacific Northwest