Underrated bands of the 80's 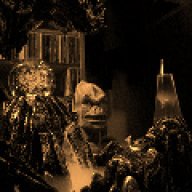 
almost as exciting as the Boomtown Rats singing about Mondays...

oh, that *was* the beginning of the end.
L

You know Starman I actually liked the debut album by Madness, it was a breath of fresh air when I heard it the first time. Don't care for the song you mentioned though.

Madness is a great band - followed them from when they started out. Saw them live this past summer.
L

Really Flip,,,they are still together that is a Lifetime ago already since my brother bought their first album.

Not me cup of tea. Sorry. I'm just a very anti early m-tv sort of guy. I did like liquid television however. It's a funny thing really. I have a very broad vista of musical tastes, but the ONE thing that has always turned me off to anything art related is commercialism.

My wife is a huge retro 80s fan. She's from Poland and is 4 years younger than I am so the music scene she grew up in and enjoyed most was very dance/pop oriented. I remember going and seeing a few bands when we were dating many a moon back like The Depeche Mode, 10,000 Maniacs, Duran Duran, etc. I was just not into it. I mean I was going through the motions and all, but...

Then I remember the 80s where that all began, I am talking the REAL 80s here. God that was a PATHETIC excuse of time for ROCK MUSIC. I mean here we had this MAGNIFICANT decade of musical exploration and evolutionary movement proceeding it that ranged from straight up ballzy hard rock, to every form of progressive rock imaginable, to art rock, to punk rock, to electronic experimentation and pioneering to (the first person that mentions Disco gets a wedgie!) the 80s...OMG hit the ****ing brakes bob! There it went, right out the window. I mean baby and bath water alike.

What did we have? Well we certainly had a seemingly infinite supply of Cyndi Lauper, Boy George, Adam Ant & Dexys Midnight Runners, but worst of all we had the beginning of the end for non corporate schemed FM radio. Worse yet, they brought the **** to the foray by giving it it's own TV channel! I mean all those bastid monsters coming down on my ears n eyes all at once. Lord help me! Gone were the days of not hearing the same song repeated 50 times a week, if not a bloody day!

What had happened to the freedom of the FM radio medium? The public's influential gain control had not only been turned all the way down, they eliminated the feature all together with the invention of play lists. All of a sudden Walt Disney owned and ran more radio stations than it did roller coaster amusement rides. What a sick and totally disrespectful turn of events it all was. Instead of the rare wonderous and savored treat of hearing Golden Earring's masterpiece, Radar Love once every couple of weeks, we had to listen to Twilight Zone 14 frickin times a day!

I went from being asked:

Do you really want to hurt me...(somebody try a stop me!)

To a firm motto penned by the great Peter Green as celebrated by the Rockets, from the song Oh Well,

That's me 80s corporate tainted hate speech for this evening. Thank you very much and good night.
L

...I see you have strong feelings about the whole change to video and corporate radio.

I was never a fan of MTV or VH1, and FM is now a formula format station with a few hours of local news to give the impression of your own station. I don't even use my tuner anymore Starman...I used to listen to CBC 2 they played everything with no pattern at all, and those kind of stations are almost extinct.

I did like some bands in the 80's but I agree the 70's were vastly superior by comparison.

I would agree with King's X. There are a couple of really heavy bands that immediately came to mind for me. D.R.I. and Prong. Obviously, these are bands that were not "radio-friendly" at all, but within the genre both of them are universally praised and admired, and lesser bands have glommed onto their styles to achieve much more success than the originators did.