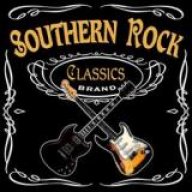 New to the site so sorry if this is in the wrong place but was not sure where this genre would go.

an American rockabilly/blues band that formed in Paducah, Kentucky in the mid-1990s. They are inspired by rock 'n roll, country blues, old time music, carnival music, swamp rock, and other obscure Southern music genres. The band originally had a traditional rockabilly sound, but later began to rely more on its rock 'n roll and "southern gothic" influences.

Ok so i was DJing one night and this guy asked if i would play something from the Shack Shakers. I was like who? never heard of them. Looked them up and found a few songs and instantly fell in love with the band. Now own all their music.