Lord Grendel said:
Haven't heard a peep from them in ages, are they still active or off raising families now?
Click to expand...

They haven't been doing much as a group, but Natalie is rumored to be working on music........dunno if will be solo.

The Dixie Chicks are back with a brand new single:


xc_hide_links_from_guests_guests_error_hide_media
According to Amazon, the new album drops in May.

Album details to be announced soon.

I guess they still are not ready to make nice! 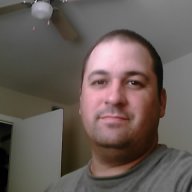 About the the single "gaslighter", i agree with you, SHARP DRESSED MAN. Alot of this stuff doesn't sound like country. The drum sound is huge, and it's a modern pop production. Harsh for the genre IMO. When i think of country, I'm thinking a guitar, a stool, and maybe a soft backbeat; not these trash cans exploding type of sound. I'm not anti-pop either. I like alt pop and classic pop, not this overproduced, very loud stuff that sounds like it all came out of the same studio. Now, about the cancel culture. Too many people are caving in to mob mentality. I'm disgusted by it, and will boycott everything i can that changed because of it. The owners of Dixie Beer down here in new orleans are going to change the name to ?; it's undecided.

So, apparently, the new album dropped today. Got to order a copy ASAP.

Most, if not all, of the album has been uploaded to their YouTube channel with visualizers.

The album is available in digital formats, CD and vinyl.