the best concert you've gone to

eh dont have one 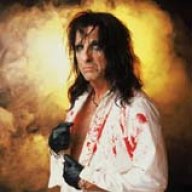 As far as the show, I used to work for a production company as a stage lighting tech. and the Beatlemania show we worked was outstanding. They did a lot of costume changes during the show and you could see them progress from the early years to the later as the show moved along. By the way. The light show was fantastic .

As far as just the music I'd have to say Jethro Tull is my favorite "concert". Love the tunes and love the showmanship from Anderson and the musicians are superb.

My first concert was Pink Floyd in 1988. I saw both Division Bell shows in 1994 (including the very playing of DSoTM in it's entirety).

But, seeing David Gilmour in Toronto back in April at Massey Hall was tops. Especially since we were 23 rows from him.

I don't get out much but I've been lucky to see a few great shows over the years. Still, when push comes to shove, I do have a 'best'

some little band you've probably never heard of called "Half Japanese" was supposed to put out an album when their label went out of business. I found a test pressing in a used record store and I really enjoyed it.

I guess, they booked their own tour and they ended up at a local dive opening for The Mekons. Well, maybe you've never heard of the Mekons either but that little club filled up because they are sort of famous for putting on really good live shows. For over thirty minutes after the show was supposed to start some ******** sound man was busting the Mekon's chops. That guy is lucky those Mekons fans didn't tar and feather his ass. what a creep!

You must be registered for see images
anyway, Half Japanese hit the stage, told the soundman he was the boss and the magic began. they filled that place with a bouncy day-glo NOISE. me and the other 3 people who were there to see Half *** were just estatic! they sounded like the record only more so. Three songs in and all those cool Mekons fans just gave up their resistence. that club was HOPPING like somthing from a Sid and Marty Kroft Kid's show. I'd heard about 'the pogo' but I'd never seen it before. physics at work! people wanted to dance and up and down was the only space available! People were laughing and screaming with delight!

Everything they did, the crowd lapped it up. call and response. dance when I say dance. It was like being in a rock video - the weirdest and loudest rock video you ever saw.

afterwards, The Mekons came RIGHT ON, the fans were stoked and things were running late. As good as they were, I left when the sound man started in again. I guess he thought we payed 5 bucks to see him. 5 Bucks! best 5 bucks I ever spent!
Last edited: Nov 14, 2006

Definately the loudest concert I've ever been to!

I couldn't narrow it down to only one best show. I can maybe get it down to a top 5.

1. the beatles at carnegie hall feb 12 1964 ( the early show)...best concert at which i was not able to hear a thing. somehow that didn't matter then and all these years later, it still doesn't.

2. best concert at which i was actually able to hear something.. bruce springsteen at the bottom line august 13 1975..opening show for 2 a night/5 night stand. 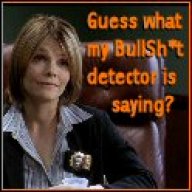 For me Pink Floyd's tour in support of The Wall. Absolutely blew me away.
A

Robert Plant in May 1988 with a then little known guitarist just becoming a big deal named Stevie Ray Vaughan opening for him...

Stevie was ...no words to describe..
This was Plant's first tour where he was doing Zep songs in his show...but that's not the only reason that this show stands out,he had a new band with a great guitarist named Doug Boyle and a young band that were tight.
Great show,great song choices and all around great live performances from all.
Thanks for the memory..
peace
aerozep