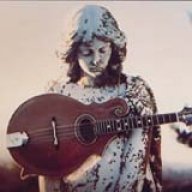 The natural extension of the work they began with Revolver, Sgt. Pepper may be the most analyzed, talked and written about about record in pop music. Since we're talking about sound, here, all I say about the album in general is that it's the first one where there are very, very few differences in sound, at least to my ear.

If there are improvements here, they’re very subtle. If pressed, I would say I’m hearing a little more high-end extension in the drum strikes, and maybe a little more clarity in the texture of the electric guitars, but I freely admit it could just as easily be psychological. Otherwise the only difference I know for a fact that I’m hearing is a boost in the bass and a slight increase in general volume. This is especially evident the final time through the chorus, just before the segue into the next song.

2 – “With a Little Help from My Friends”

This one has a general increase in dynamic range, but what really stands out is the bass, I had really not paid much attention to the bass lines before, but they are easily heard and very, very tuneful. Nice stuff.

Again, the bass is the main beneficiary in this recording, but unlike the changes I heard in the previous song, the difference here is very subtle, at least to my ears.

About all I hear here is a little better definition in the bass.

I’ve tried and tried, but I’ll be damned if I can hear much of any difference here. If it’s there, it’s beyond the resolving power of my system.

The cellos in the left channel seem a little less canned, maybe a tad less nasal, but it’s a tiny, tiny difference.

Finally, we get back to a recording with a noticeable, if not very extreme difference. The bass, particularly the upper end of the bass, as well as the lower mids, seem a little more fleshed out. The overall effect is one of giving the song a little more body and impact.

Again, a little better definition in the lows, lending a tiny bit of texture to the percussion more than anything.

If blindfolded, I don’t know that I could tell the remaster from the original CD on this one. I’ve tried, and I’m just not hearing anything new or even different.

This is another one where I’m not hearing any difference.

Again, no appreciable differences that I can hear.

There’s a marginal improvement in the highs here that lend a little more texture and realism to Paul’s vocal during the bridge, but as with so many other songs on the album, the difference is extremely subtle. The rest of the recording is so incredibly dense aurally, that I’m not sure what could be done to improve the overall sound short of being there when it was recorded to hear it first hand from all the various sources, something that no one ever heard, since so much of it is overdubs. When I say nothing could be done to improve it, I don’t mean to imply it sounds good. Just that there’s so much going on at once that I can’t imagine any kind of reproduction of all of this sound has a prayer of sounding really good. There’s just too much happening all at once, at least IMO.
You must log in or register to reply here.