Feel. I like the way Slash bends strings, and I like him more than say Buckethead, who is far better technically, but I'd rather listen to Slash.

In about that order.
G

I like players who play with feel AND are technically advanced. Some of my favorites in that category:

I think most people probably consider their favorites to have feel. I mean, I doubt Vai and Malmsteen fans go around saying "I love that he has no feel, he's just pure technique." They probably get emotions from their music just the same.

I tend to enjoy the virtuoso of a guitarist who possesses the ability to use many different techniques to bring out a feeling in the music. They make the music speak to you...........


Many guitarists have this ability and so do many others, like Michael Hedges for instance. He could make a guitar sound like many instruments were playing at once via technique.


Another virtuoso I enjoy is Sigur Ros. Another guitarist with unusual techniques to bring out different sounds and feelings with the guitar.


Two guitarists with incredible technique and feel would have to be Buckethead and Michael Angelo Batio. They can be one man bands. Batio is a god with the double guitar.


The guitarists for "feeling" would include almost ALL guitarists in the Blues Genre.

Have to admit generally I am a bigger shredding fan. Basically technique is what interests me more in a guitarist. 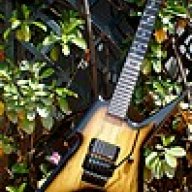 Having said that, when a player has nothing but speed/technical chops and bends notes false/has terrible vibrato, it's painful to listen to (Ie, like Francesco Fareri...)

Some of my favourite players..

Jimi Hendrix is the ideal for me, having tremendous feel, but being very fast as well. Guitarists in this style include Tony McPhee and Robin Trower. I find those those of the shredding genre a bit difficult to listen to, but I do so now and again.

The jazz-rock style players like Jeff Beck, Al DiMeola, John McLaughin, Pat Thrall, Gary Boyle also combine feel with being super-fast. I've heard John McLaughlin say in interviews that the shredders are faster than him, but I am not sure I agree. I prefer jazz-rock to the shredders, but, again, have to listen in small doses. 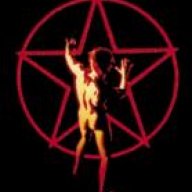 I like to hear a good balance of both. What gets me about certain "prog" rock or metal bands ie spiral architect or from at least one album I had from them is it sounded too mechanical and mathematical. Sure they have great technique but the overall finished products sound sterile and almost unlistenable.
G

Big Ears said:
I've heard John McLaughlin say in interviews that the shredders are faster than him, but I am not sure I agree.
Click to expand...

The thing with his speed is that there is still a sense of musical creativeness and awe inspiring clean technique that comes through with his playing that isn't produced by most shredders. With most shredders it seems like they're speeding along the path of least resistance. When I hear a shredder I think "wow, he's fast. When I hear John Mc I think "holy ****, he's a wizard."
You must log in or register to reply here.
Share:
Facebook Twitter Reddit Pinterest Tumblr WhatsApp Email Share Link