I am a big supporter of Sturgill Simpson and Chris Stapleton and alike.
Sarah Shook is great also.
Country Music needs rescuing from this version that passes for country today.
It is my abiding belief that the death of good music and it's replacement with these pod people that pass for country artists and pop artists must be stopped. It's a plot. I just haven't figured out who's behind it.
I'll get back to you. 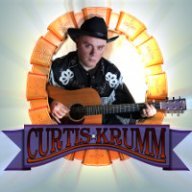 I've been busy, quickly visit the sites, now I stop by and listen to "life ain't fair", what I like with country music is that it reflects the way I feel... A beautiful song.
Though I'm not fan of his last album.

Here's a new Sturgill Simpson track from the "The Dead Don’t Die" soundtrack.

Country singer-songwriter Sturgill Simpson follows-up his Grammy award-winning 2016 album, A Sailor's Guide to Earth and 2019 theme song for Jim Jarmusch's zombie comedy, The Dead Don't Die with Sound & Fury which accompanies the new anime film of the same name based on a story by Simpson himself and made with writer/director Jumpei Mizusaki and character designer Takashi Okazaki. The 10-track effort was produced by Simpson alongside John Hill and bandmates Bobby Emmett, Chuck Bartels and Miles Miller. 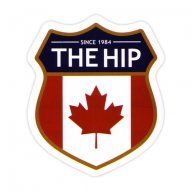 Sound & Fury is a great album. I have been listening to quite a bit of country lately...Can't get enough of the following:

Sturgill has released a new bluegrass album "Cuttin’ Grass Vol. 1: The Butcher Shoppe Sessions". As far as I know, the album is already available digitally, but will be released on physical formats on December 8.

Sturgill Simpson has officially announced his 5th album named The Ballad of Dood & Juanita to be released on August 20th, and according to the hashtag accompanying the announcement, it will be “Yer Pawpaw’s country music.” The album appears to be titled after Sturgill’s grandparents. Lawrence “Dood” Fraley was Sturgill’s grandfather who was the inspiration behind his song “Hero,” and also appears in the introduction of his album Metamodern Sounds in Country Music.

Sturgill says about the conceptualized album, “I Just wanted to write a story— not a collection of songs that tell a story, but an actual story, front to back. [This album is] a rollercoaster ride through all the styles of traditional country and bluegrass and mountain music that I love, including gospel and a capella. It is a simple tale of either redemption or revenge.”


You must be registered for see images attach
You must log in or register to reply here.

Bob Seger to Appear on ‘The Simpsons’ This Sunday