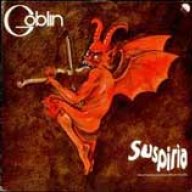 
Sweaty said:
He has a natural ability and just like all the greats was taken from us before his time, why does that happen, and all the bad people seem to live on and on
Click to expand...

I have a couple stories to tell about Stevie, Tommy and Chris...I just ain't sober enough to say...

I'll start with my first encounter

Stevie Ray opened for the Faboulous Thunderbirds who were the the shizznitz at the time in Texas.

Jimmie Vaughn was always a pain in the ass regarding populairity, and it was kinda of a shame to watch him try to push Stevie Down.

The reality was, Stevie could play him under the table any day.


Phil B. said:
Jimmie Vaughn was always a pain in the ass regarding populairity, and it was kinda of a shame to watch him try to push Stevie Down.

The reality was, Stevie could play him under the table any day.
Click to expand...

Oh yeah, SRV could beat the **** out of Jimmie... however I never heard Stevie say that, numerous times I saw him say in interviews that Jimmie was one of the best guitarists he'd ever heard.

He was a good brother.

In 1985, I saw SRV open for Dwight Yoakum, of all people, at the "Riverfest", a promotional deal thevcity of Austin put on.

During this set, SRV was really pumped up, and he played out the concert , despite the pouring rain.

Stevie was wild...he was as white as a ghost. After the concert, we went down to 6th street in Austin, and who shows up?...Stevie and his crew.

I can attest to seeing some crazy behavior, and remember being carted home. I know Stevie was doing nose candy at this time, but he seemed to be in control. I got my drum stick from Chris Layton that night, and Tommy Shannon gave me a bottle of Scotch (which I detest).

Anyways, i Will never forget partying with SRV and his crew,.

Before I go, I thought I might add that Stevie Ray was perhaps the most resigned and humble players I have seen. His humility and dedication is something to take note of. God Bless Ya Stevie.

Much repsect to SRV!!!