Stay (The Second Time Around) 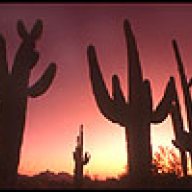 A lot of people have been trying to identify the name of the band and locate a full length version of the song we call "Stay (The Second Time Around)" for almost 9 years (since 2/28/03).

lyrics are:
Talking to a blue sky
Thinking on a roof top
Listen to my heart go, "Don't go, don't go"
Listen to my mind go

More information on the discussion thread at:
New Wave Outpost Message Board - Stay (The Second Time Around)

Additional info - Originally posted at:
Unknown Song Comments
Name that tune of style Pop, Rock on WatZatSong. - A lot of people have been trying to identify the name of the band and locate a full length version of the song we call "Stay (The Second Time Around)" for over 4 years. More info: http://www.youtube.
Last edited: Oct 17, 2011

Seem to recognise the voice, but never heard that song before. I've done a bit of Googling on it too and no luck - sorry! 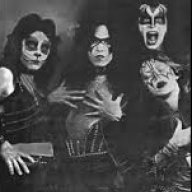 Some phones have an app that when used will display the artist and song name, I hope someone with this app will help.

While I was in Colorado my nephew shown me this app on his phone and worked perfectly.

I'm so happy to report that the 27 year (or 11 year on the internet) mystery of Stay (The Second Time Around) has been solved.

The song is by Johan Lindell - "On The Roof"

René recorded the last 1:27 of the song clip off the radio in 1986, then posted the clip to his website in 2002 looking for help, then it was posted by Paul Miceli to spiritofradio.ca on 2/28/03 and then to NWoutpost.com thread on 4/2/04. I posted it to youtube on 8/25/07, and this week a thread was started on reddit.com (over 300K views to my youtube posting from that tread = WOW), and then the story was picked up by the Swedish radio station PP3 where they played it and it was identified in less than 2 hours by 2 different individuals - yeah!

Here is the link to the full song.
Johan Lindell - On the roof - YouTube

http://www.youtube.com/watch?v=e-5WMKbDi8c
Johan Lindell - On the roof (Remastered) - slightly faster than the other version (some people like this version better)

An internet mystery that had thousands of people looking for the band behind a song recorded from a German radio station in the mid-eighties, was solved by Swedish Radio's PP3 this week. The YouTube clip had been seen by over 300,000 people world wide, before radio listeners in Sweden identified it as a song by Johan Lindell.

"I had no idea. I am completely surprised! But I'm very proud," says Johan Lindell, who himself has not heard the song for 25-30 years.

"I am completely surprised"

René assumed it is called "Stay (the second time around)" and did what he could to try to find out more about the song. Over a decade later, with Internet on the rise, he posted the clip on his website. "Who can help to find it?".

Another few years, in 2007, the clip was posted by an American, Dan Coogan, on YouTube with a plea: "Help us identify the band singing this song".

But it was when the someone on the internet forum Reddit took to trying to solve the mystery a few weeks ago, that people really started getting involved. Dan Coogan got some 500 e-mails over a couple of days with people trying to help solve the mystery.

But still it was unsolved. When radio reporter Sara Kinberg at Swedish Radio PP3 read about the mystery on Reddit over the weekend, she was intrigued. There were loads of speculations as to who the band was, some thought the group itself had posted it, faking this mystery, as a way to create a hype around one of their songs.

Sara Kinberg and her colleagues at PP3 decide to play the song in their show on Tuesday. Before the 2 hour long programme had ended, two people have independently of each other got back to them to say the man they are looking for is the Swede Johan Lindell, and the song, is really called "On the Roof".

"I had not idea at all. I never visit the Internet, and I hardly use the computer, my children do," he told Swedish Radio PP3's Björn Berglund.

A retired actor, Johan Lindell now works as an artist, painting stuff and having exhibitions with his work. His music career is firmly placed in the 1980s. These days, he only makes music for his own pleasure.
---

Hey! Thanks for posting, always good when a mystery is solved René must have all but given up on ever finding out more about the song.

Btw, are you Dan?

Tray73 said:
Hey! Thanks for posting, always good when a mystery is solved René must have all but given up on ever finding out more about the song.

Yes, I'm Dan.
You must log in or register to reply here.

R
Does anyone know the name of this song ? I've been looking for her for a long time now, youtube link below