I'm a huge fan of classic Genesis, but I love Genesis with Phil as well. I'm also a fan of Phil solo, with "Serious Hits... Live!" being my favourite album.

Anyway, all Phil's solo albums are going to be re-issued in the foreseeable future, starting with "Face Value" and "Both Sides" on November 6th.

Face Value and 1993's Both Sides are being reissued on November 6, as the singer launches the Take A Look At Me Now campaign, which will see all his solo albums remastered and re-released in expanded form. The reissues have been curated by Collins' himself, and come with updated artwork, the original cover portraits having been re-shot. The extra tracks, many of which have never been issued on CD before, attempt to show how Collins's songs have evolved over time by contrasting the original studio versions with later concert performances.

“I’ve always been quite proud of my demos and have often made them available as B-sides, but with a few exceptions, I have avoided including those on these collections,” says Collins. “Instead, I’ve focused on how nicely the songs developed when played on stage, rather than showing how they originated.”

Each album in the series has been remastered by Nick Davis, who has worked on a number of Genesis projects, including the 1970–1975, 1976–1982 and 1983–1998 box sets. Both albums will be released as double CD digipak and digital versions featuring the remastered album and the additional content, while the vinyl versions will not include the extra tracks. Box sets featuring space for all the reissues in the series — which will be released over the coming months — will also be made available.

Here's the artwork for the "Face Value" and "Both Sides" reissues. I love the idea of reproducing the arwork with modern updated photos of Phil.

not the biggest fan of Collins...his first solo album I did like a lot....
D

Musikwala said:
I'm a bit surprised to see that there is no thread here for Collins' solo material.
Click to expand... 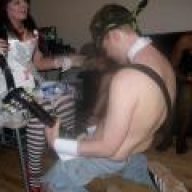 Why is Pink Floyd prog rock and Phil Collins not? 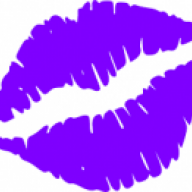 I really love Phil Collins's song "Against All Odds"....it makes me sob every time I hear it, is so emotional for me..=-((

Favourite Phil Collins song is a song that he performed with Phil Baily called Easy Lover from 1985 one of those 1980s songs that takes me straight back to the 1980s along with the Tears For Fears song Everybody Wants To Rule The World also from 1985
You must log in or register to reply here.
Share:
Facebook Twitter Reddit Pinterest Tumblr WhatsApp Email Share Link