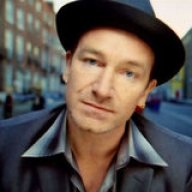 I am quite surprised that there is no official thread here for Peter Gabriel's solo work. He is an accomplished artist who has really pushed the boundaries of music through his wonderfully eclectic mix of prog rock, pop rock, world music and experimental.

For the longest time I actually only knew his biggest hits from the albums, So and Us. But as I immersed myself in those complete albums, I realized what a world of absolutely gorgeous stuff he has written!

I only recently got his debut album as well as the third critically acclaimed one. They're definitely growers compared to So or even Us.

Fav songs from his discography include:

PS: I didn't put this thread in the 70s section because, though he started out in the 70s he has been making music for more than 3 decades now! And anyway, his musical style is so unique that I didn't think the thread belonged in a 70s rock sub-forum.

I would have LOVED to have been at this concert

Another two of my favourites.


Don’t Give Up with Kate Bush

It's amazing how much his third album Melt is growing on me. I absolutely hated it on first listen!

I have yet to warm up completely to his debut album except Humdrum, Here Comes The Flood and Modern Love to an extent. 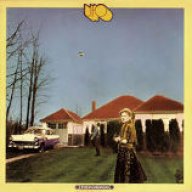 He played Dallas at the Agora Ballroom and it was a fantastic show.
Set list here Peter Gabriel Concert Setlist at Agora Ballroom, Dallas on December 9, 1982 | setlist.fm

I saw him again in 1986 with the "So" tour and it was also an unforgettable night. It was probably in my top 3 concerts of all time.
Set list here Peter Gabriel Concert Setlist at Reunion Arena, Dallas on December 8, 1986 | setlist.fm

He is still one of my top favorites. I have all of his albums up to "Big Blue Ball".
H

Walking away down a dusty road

As Musikwala hints at, a lot of his music is difficult to get into, but it is really worth the effort.

Hardly and expert on Gabriel,but from what I HAVE heard,I don't hesitate to put the genius label on the man,particularly judging from his pre-solo Genesis days.Highly creative and articulate.In his solo years,particularly with "SO",he managed to maintain these attributes while becoming more accessible to the mainstream WITHOUT selling out.Gotta respect that...................
You must log in or register to reply here.
Share:
Facebook Twitter Reddit Pinterest Tumblr WhatsApp Email Share Link