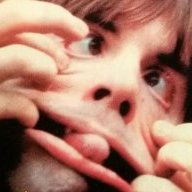 MARIA CALLAS​
You must be registered for see images attach
Biography

Maria Callas (December 2, 1923 – September 16, 1977) is a greek soprano. She is considered the greatest soprano from the 20th century. She had a very distinctive voice of great range and power and was a singer of great dramatic intensity. She is known as La Divina (The Divine One) by her admirers.

Maria studied singing with Elvira de Hidalgo, and made her debut while still a teenager with the Athens Opera in 1939. Her first major break came with her Italian debut in Verona in 1947, as La Gioconda. There, she met conductor Tullio Serafin who became her mentor and guided her towards the bel canto repertoire. She sang her first Norma in Florence in 1948, and the following year, as a last minute replacement, she appeared as Elvira in Bellini's I puritani in Venice, which was to be her first great success.

She made her debut at La Scala in Milan, where the major part of her career and greatest triumphs were to take place. In collaboration with conductors like Carlo Maria Giulini, Leonard Bernstein, Gianandrea Gavazzeni, and directors like Franco Zeffirelli and Luchino Visconti, lavish productions of works such as Cherubini's Medea, Spontini's La Vestale, Bellini's La sonnambula and Norma, Donizetti's Anna Bolena and Poliuto, Verdi's La traviata and Un ballo in maschera, were made especially for her to great acclaim.

She also made guest appearances at the Royal Opera House in London, the Berlin State Opera, the Paris Opéra, the Lyric Chicago Opera, the Dallas Opera and the Metropolitan Opera in New York City.

A Collection of Callas' Masterpices

Pretty sure the actual opera part is Maria.