Lost AOR Classics. Any others?

Jorn Lande has been in many bands over the years, so I am including them too Martin. Masterplan is one of them, a German power metal band that he's done 3 albums with.
C

Rock Candy said:
To name just a few (Some of these may perhaps be a tad borderline, but stay with me):

Never heard of The Strand but will check em out.

I understand Classic Rock Presents AOR magazine has come to an end after only six issues. It was expensive and difficult to obtain in any case. Anyway, here is their . . .


Classic Rock Presents AOR Magazine's
The A to Z of AOR 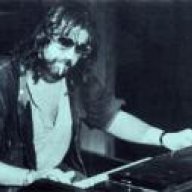 Never heard of The Strand but will check em out.
Click to expand...

Thank you, I very much enjoyed your choices too! I have to plead ignorance on the Distance album, I can't say I'd ever actually heard of its existence before you mentioned it. Based on a few of the songs I've listened to on YouTube though, I'll have to correct that!

The Strand album is effectively a "Toto Jr." scenario, I think it was basically Boz Scagg's then-current solo band with a different singer, the great Rick "Moon" Calhoun. Jeff Porcaro produced the album too, so if you're fan of early-mid 80s Toto, you'll be in for a treat. It was very hard to get until around a year ago, when it was reissued on CD for, I think, the first time ever.


Children of the Night


Can't Look Back (My favourite song on the album, I think Jeff Porcaro actually plays on this one)