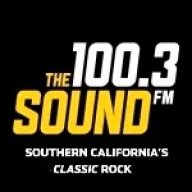 I always prefer Verdi over Wagner, who were sort of head-to-head rivals back in the day, like somebody once said, Wagner has very lovely moments, but awful three-quarters of an hour!!!... I once went to a concert performance of Wagner's 'Tristan and Isolde' at the Kennedy Center in DC, in which my wife was playing in the orchestra, and it started at 4pm in the afternoon, and with intervals inbetween the 3 acts, we didn't get home until 11pm, and our apartment was only a 15 minute walk home from the theatre!!

Verdi I love, Sunny, beautiful music, but very dramatic, and human, and believable...whereas Wagner for me is also great music, but as drama is dull, and often silly, and not believable. I think 'Aida' is my favourite Verdi opera, gave a whole new meaning to 'Grand Opera'.

One of Verdi's greatest achievements - and my own favourite of his - is his Requiem Mass, which is operatic in scale, about 90 minutes long, but supremely spiritual and moving, which was remarkable when you consider that he was basically agnostic, and he had no particular religious faith, here...this I think will blow you away!!..

Three more classics from the great Joe Green!! (that's English for Giuseppi Verdi!! )...including a tremendous clip from 'Aida'

U
Introduction and Question