^^I know what it is, Rick Wakeman played one on the Tormato-Going for the One tour that I attended before either of you two "Ruffians" were born to grace Australia...


ok, cause I am a Final Fantasy lover, I have to post this absolutely epic video!
Were Dragons Rule lyrics

Harkat this is an awesomely epic thread! I'd need time to absorb all of this but it's deserving of a session for sure!

Thanks Soot!
These guys like to experiment so songs like Starfire and Where Dragons Rule are a change of pace:


*slaps self in face*
I finished the next part of this but didnt publish it, so Ima do that now


Music Style:
The band plays a more extreme style of power metal. Herman Li commented on descriptions of the band's style in an interview with Guitar World: "'Nintendo metal', 'extreme power metal', 'Bon Jovi on speed', 'Journey meets Slayer', ... people are always coming up with weird labels for us." The band has sometimes been mislabeled as a speed metal band due to the fast tempos present in their songs, but always as a supplement to other types of metal descriptors.

One thing DragonForce have always been good at delivering are songs with a tremendous melodic depth.
“There have been people who believe all we do is play fast. But to me, the most important part of any song is the melody. We’re proud of what we’ve achieved so far, but also feel this time it’s on a new level. Merely being fast isn’t enough to get you noticed and respected.” ~ Herman Li

Controversy:
The controversy over Dragonforce's music occurred late 2006 shortly after the Inhuman Rampage tour gained larger audiences in later cities. The band had many technical difficulties with the guitars, which are considered to be the stand-out feature in their music. The band also drop-tuned their instruments to E-flat tuning on that tour. This, coupled with low-quality recordings of the live performances that were subsequently uploaded to the Internet, created rumors of the band speeding up their music in-studio due to being unable to perform it live at such speeds. I even saw a couple of these low quality uploads, the video and sound quality was horrible but even through that you could tell that Dragonforce didn't sound right.
Even though these rumors were disproved by following tours where the band performed their music at the same speed as it appears on the albums.
It's a lot more difficult playing a show where you can't hear your guitar.

10/10/2009 Interview with Herman Li
"Well, the Graspop Metal Meeting of 2006 was another total disaster. The technician we had back then didn't even tune the guitar, and no monitoring was done properly. We didn't hear anything, but hey, f**k. You have to get onstage now. This is the festival. You have to take twenty-five to thirty minutes, and just go for it. You can't stop because once you stop, you lose another song because the schedule is so tight on the bill. You just have to do it. If you can't hear the guitar, you can't play technically. You rely on everything, just like when you think of your fingers going onto the fretboard. Hey, at the end, f**k. The fans will enjoy it better than you not playing."

Live vs Studio:
I am going to show comparisons (sound comparisons) here between recent fan video's, Twilight Dementia (which is a live album) and the studio songs.
If you can only watch a couple vid's, watch the live ones or the video's in the middle.


The Valley Of The Damned:

Soldiers Of The Wasteland:

Heroes Of Our Time:

Through The Fire And The Flames:


Essentially if you couldn't watch the video's, Dragonforce sounds fantastic live!​
Last edited by a moderator: May 19, 2017 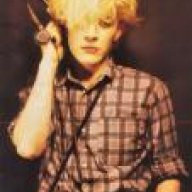 No offence but Dragonforce were one of those bands when I was exploring Metal that at first I thought 'WOW... these guys are crazy'. But then after you get over the fact that they play their instruments fast and had the hardest song in one of the Guitar Hero games, theres not much to them. They are just a bland Power Metal band singing about all of the usual stuff.

I'm not saying they suck, as they obviously don't. But they just aren't as great as they first appear to be, especially once you get bored of the 'crazy fast' guitar playing.
L

^^I play their music when I am in a "Fun" mood myself, and I still enjoy them. They are not my favorite new metal band by any means but I don't think they deserve as much stick as they get from critics for their style of playing.


Dual said:
No offence but Dragonforce were one of those bands when I was exploring Metal that at first I thought 'WOW... these guys are crazy'. But then after you get over the fact that they play their instruments fast and had the hardest song in one of the Guitar Hero games, theres not much to them. They are just a bland Power Metal band singing about all of the usual stuff.

I'm not saying they suck, as they obviously don't. But they just aren't as great as they first appear to be, especially once you get bored of the 'crazy fast' guitar playing.
Click to expand...

No offence taken but I think you are missing the point about Dragonforce.
They are not meant to be just 'crazy-fast' and only that.

And if you think they are singing about all the usual stuff, I must ask you, have you ever listened or read the lyrics?
Cause if this is the usual stuff you listen to, I want in!!

I used to listen to a lot of power metal but got a bit bored of it. I just went off the whole 'operatic' vocal style eg. Helloween

By the 'usual stuff', I mean Dragonforce are just like every other power metal band except sped up to 100. I have read some of their lyrics, I personally didn't find anything there that jumped out at me and it just seemed like typical 'fantasy' fodder.

Thats just my opinion of course and as I said, I don't think they suck, they just don't really interest me anymore (along with the rest of the power metal sub-genre).

"It all sounds exactly the same!"