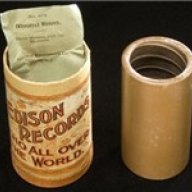 Side One
Gloria
Light My Fire
You Make Me Real

The Doors album Alive, She Cried is not a live album in the sense of replicating a live concert experience but a collection of various live performances by the band from "missing tapes" that went lost in the 70's and were at last found several years later. The people who put the tracks on the album together deliberately chose songs that are not on the Absolutely Live album. The performances were recorded in 1968-1969-1970 in Los Angeles, New York, Detroit, Boston and Copenhagen.

The album opens with a ***** and exhilarating rendition of Gloria, recorded during a sound check. Next is an extended version of Light My Fire which incorporates Jim Morrison reciting his "Graveyard Poem". Texas Radio & The Big Beat on this record is essentially a short (1:52) spoken word performance with background music. The song did not officially show up as a fully fleshed out album track until a few years later. Little Red Rooster features guest performer John Sebastian on harmonica. Moonlight Drive is one of the first songs the Doors wrote together.

I enjoyed this album tremendously when I bought it brand new on vinyl in 1983 and enough to also buy it on cassette so I could listen to it in my car. I enjoyed listening to this record again after not playing it on the hifi for an extra long time and wondered what took me so long! It's great listening to some live Doors and on this album they sound awesome!

Great performances from the Doors. One of the best renditions of Moonlight Drive imo.

recgord27 said:
Great performances from the Doors. One of the best renditions of Moonlight Drive imo.
Click to expand...

I agree record27 Moonlight Drive is a great song it has a kinda 'night time feel of driving along a empty moonlit highway' it's one of my favourite Doors songs.

I use to sometimes like live albums that were sourced from different concerts for example the posthumous Hendrix vinyl album (and later on cd) Hendrix In The West was one such album.
Last edited: Nov 23, 2020
You must log in or register to reply here.