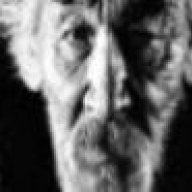 There was a time when these guys' popularity was head to head with the Beatles. I dug 'em lots, when I was a kid.


You must be registered for see images attach
M

Me too, pooldude. The very first album I ever owned was a Dave Clark Five album and there was a time when I thought of them, the Beatles, the Stones, Herman's Hermits and the Monkees as relative equals. Of course I was about 9 at the time.

The DC 5 were very influential for their time.

If it hadn't been for them, who would have worn White Pants & Turtlenecks with Black Shoes?

You must be registered for see images attach
A

A heartfelt goodbye to DP,I was a B I G DC5 fan.........
In '64 there was a time when they were competition to the likes of the Beatles & the Stones as well as Herman's Hermits,the Kinks and others of the day.I know it's hard to believe now but I was around then and it's true.
They had some great tunes,nothing earth-shattering but great rock 'n' roll.

I have all of their American lps but their last one "Everybody Knows" it was pulled very quickly for whatever reason,I can't remember why.
LONG LIVE THE DAVE CLARK FIVE !
I can listen to them OVER & OVER...LOL
PEACE 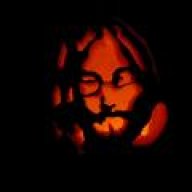 I'm in pieces over this, Bits and Pieces. Sorry to see he died. DC5 was a great band.
R

Location
the hills of Tennessee

I did enjoy the singles by DC5. They had a great sound back in those heady early days of the "British Invasion". They never really progressed beyond that sound, it seems (at least, based on what I've heard), which is why, I suppose, they remain something of a "museum piece" in rock history, unlike their "British beat" rivals the Beatles and Stones...and seriously, at the outset, those three bands were considered the first wave of the "Invasion". Had DC5 progressed as the Beatles and Stones had, rock history would be somewhat different, actually.
A

Little known fact,or maybe not..........the standing Paul Schaffer playing keys of Letterman fame is due to the standing Mike Smith of the DC5.He has stated this fact a couple of times during the Letterman shows,and said it while Mike was sitting in with the band one night.
Mike too has his own problems health-wise.....he has become partially paralized due to an accident a few years ago.
I hope he is as well as can be.
Peace

The DC 5 even made a movie "Here we come again" I saw it on MTV and it was a good flick for 1966.
You must log in or register to reply here.

The Who Announce Five-CD Box Set, ‘Maximum As & Bs’