Cosmic Harmony said:
I My favorite Deep Purple album is...


You must be registered for see images attach
Click to expand...

add Nuges Double Live Gonzo and you have here possibly the best 2 live Lp's ever !
Last edited by a moderator: Jan 20, 2010
L

Those would be on my top ten live albums of all time for sure Taha.

blackmore, get it together man ! 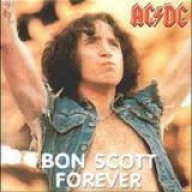 
taha said:
add Nuges Double Live Gonzo and you have here possibly the best 2 live Lp's ever !
Click to expand...


But back to Purple, a lot of people didn't like the Coverdale era, but I did like Come taste the band,and Burn. 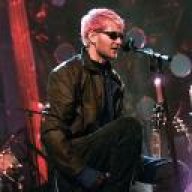 man i love MkIII, they're great! Burn, Stormbringer and Made in Europe are all fantastic albums. Made in Europe is a greatly underrated gem of their discography
Last edited: Jan 20, 2010
L

I never had a problem with their later line-ups, but I am always going to favor the earlier line-up I posted in the OP TL.

It's great to see some love for Purple in here.

Deep Purple MK II was a great line-up, but I don't think they hung in there long enough for people to really appreciate them like they did with Black Sabbath and Led Zeppelin, whose line-ups both remained constant throughout most of the 70's.

Machine Head and Made In Japan are my two favorite Deep Purple albums, but Perfect Strangers had its moments too with "Knockin' At Your Back Door", "Perfect Strangers" and "Nobody's Home".

Also, it's nice to hear the alternate (i.e. the Blackmore remix) versions of "Highway Star" and "Smoke On The Water" as a change of pace, as well as the studio version of "Child In Time" once in a while (which, ironically, is every bit as good as the live version).

Love me a lot of Deep Purple. To me, Machine Head = one of the greatest rock albums of all time!
L

I agree Lynch, I will add that I like Machine Head more than any single Sabbath or Zeppelin album, it has a personal connection as well for me.

KMET I think you hit the nail on the head, the changes in Purple definitely affected their status, but what a great list of songs you posted, any band would be proud of them.