For all you country lovers.

I've been listening to Cory Smith and Rusty Truck recently. 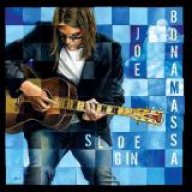 Whats county? Just kidding. I went to see Waylon Jennings in Austin Tx in 1977 just because a girl I was with liked him. At that point I had not given country much thought. Willie joined him as a special guest. It was a great concert. I like Waylon, Coe, Haggard, and some of that style. I guess I'm stuck in the 70's.

I know everyone has heard Hootie and the Blowfish, well then you need to check out a spin off from this band........Darius Rucker. Darius has gone country, and doing it quite well, I might add.

Look up the Cowboy Junkies. They mix country and blues in an almost mystical way.

I've always wanted to get into some country but I've never had the ability to find who I'm looking for because I don't know anyone who listens to country. I have Hank I and Johnny Cash and that's about it.

The thing is, a large number of my favorite rock albums are highly country-styled. For example: Harvest, Goldrush & American Stars N Bars by Neil Young. Exile on Mainstreet by the Stones. Mudcrutch by Petty/Mudcrutch. Carnival of Excess by GG Allin.

If somebody could hook me up with a band or two that is very similar to this style of music, I will love you forever and owe you one wish should I ever happen to become a magical genie.


Something minimal, raw, with very self-assured lyrics would be ideal! I'm sure there's plenty of that in country music. Something with extreme or weird lyrics would be good too since typical fare is something I've heard just about enough of. At least it's gotta have a bittersweet quality to it. I don't know.

I will start with Mudcrutch....

the obvious is Tom Petty, and then give John Cougar Mellencamp a try along with the Travelling Wilburys. More toward the country side would be Steve Earle, John Hiatt, and Drive by Truckers.

Nice to see some love for Mudcrutch

some other very country influenced stuff

Atlanta Rhythm Section, they can rock harder than hell, but they have some very country-y songs as well

Poco, they probably have the most country influence on Rose Of Cimarron(album)


Company's Comin'/SlowPoke(studio version has a really nice electric guitar solo too, but this live version is pretty cool) and Rose Of Cimarron


and one more band for you to check out.. they are a bit more country than the others, and a bit later... 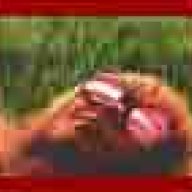 The Man In Black 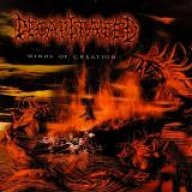 Here's some of my favorites...

George Jones - If Drinking Don't Kill Me (Her Memory Will)

Loretta Lynn - Deep As Your Pocket