Burzum
Burzum is a musical project by Varg Vikernes (originally under the pseudonym "Count Grishnackh"). It began during 1991 in Bergen, Norway and quickly became prominent within the early Norwegian black metal scene. During 1992 and 1993, Burzum recorded four albums; however, in 1994 Vikernes was convicted and imprisoned for the murder of guitarist Øystein "Euronymous" Aarseth and the arson of several churches. While imprisoned, Vikernes recorded two albums in the dark ambient style.

The Name:
The word "burzum" means "darkness" in the fictional Black Speech language invented by J.R.R.Tolkien for use in The Lord of the Rings.
The best fictional language around, IMO.


​
You must be registered for see images

The choice of the name for the project reflects both this influence and the desire for anonymity: "Burzum" is a word of the Black Speech of Mordor meaning "darkness" (though Vikernes believes that Pagans consider it to mean "light" as opposed to how Christians consider it to mean "darkness"[citation needed]), and is one of those found on the Ring-inscription of the One Ring (the final part of the Ring inscription being "…agh burzum-ishi krimpatul", or "…and in the darkness bind them").


​
Some of Burzum's early songs featured titles like "En ring til å herske" ("One Ring to Rule"); however, Vikernes later explained this to be a reference to the Rheingold of Norse mythology rather than to Tolkien's works[citation needed]. As he continued to release albums, Vikernes' attraction to Norse mythology and Pagan beliefs became more and more apparent.

Much of Burzum's later music focuses on Norse legends, especially his most recent two ambient albums: Dauði baldrs deals exclusively with the legend of the death of Baldr and Hliðskjálf recounts the death of Wotan and the approach of Ragnarök.

Vikernes has described Burzum as a kind of "spell" or recreation of an imaginary world tied in with Pagan history. Each album, he claims, was designed as a kind of "spell" in itself, with each beginning song intending to make the listener more susceptible to "magick", the following songs to inspire a "trance-like state of mind", and the last song to carry the listener into a "world of fantasy" (dreams, for the listener would fall asleep—Burzum was supposed to have been evening music).

Vikernes claims the intent to create this fantasy world came from dissatisfaction with the real world. He has stated the "message" of Burzum can be found in the lyrics of the first song of the first album ("Feeble Screams from Forests Unknown").

I never imagined that Burzum has so many followers on CRF

. I was never a fan but I digged a lot the Philosofem cassete tape.

Watched a documentary "Satan Rides The Media" yesterday... Varg, you're such a naughty boy to promote yourself. 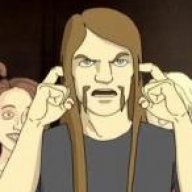 one of the most amazing out of the bm musicians going.

Props to My Journey to the Stars and Jesu Dod, two of my faves.

And mad props to b.o.b. for posting about Fallen. This album is freaking glorious! Belus had some incredible material but I think Fallen is probably better....

The scream in "Vanvidd" ... maybe the most chilling thing I've ever heard on a metal record. I miss the utter honesty in Varg's young, vital voice but age has wizened his voice and made it incredible in a whole new way. He sounds like he's been alive for a thousand years now, he really does...

im not the biggest fan of fallen...

Been listening to Fallen a lot and I have to say I absolutely love it. I can see why you may not like it, Malarkey. Belus is much more inventive and more, I don't know... interesting? It's this expansive thing, with these interesting riffs and progressions. Fallen is very straight forward and clean-cut, I could see how some people may even find it boring or repetitive.

But I find it very engaging and entertaining. It's this very concise thing, with very straight-forward hooks.

I would definitely argue that Fallen, even though it's probably Varg's cleanest and most normal-sounding record, still is a lot closer to his classic sound than Belus is. Belus felt very exploratory, almost aimless even, it felt like he was trying to find his ground again after prison. Fallen is very focused and the guitar work is a lot more in line with his classic metal style. It has grittier tone, for one thing. I also adore how clearly you can hear the bass, it's so refreshing.

I've also been listening to Belus a lot and it's definitely great. I do probably like Fallen more though. 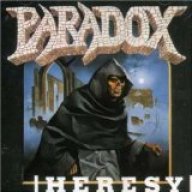 This is the band that turned me on to Black Metal. Varg may be a racist, fascist, church burning murderer, but damn does he know how to write music. His is unique in the scene. Like others have said, it's laid back, focusing more on the ambiance of the whole instead of on frenetic riffing.

Belus was my first, & is still my favorite.