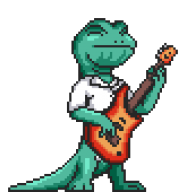 Brian Eno is an English musician, composer, artist, and record producer. He is one of the most influential persons in music history and has worked with a large array of bands and musicians as well as having a long and successful solo career. His 16 studio albums are predominantly ambient, but there are some experimental, progressive, and art rock albums in the mix.

Brian Eno started his career in 1971 as the keyboard/synth player in Roxy Music, but left two years later and started his solo career with the fantastic art rock albums "Here Come The Warm Jets" and "Taking Tiger Mountain (By Strategy)". He then collaborated with King Crimson frontman Robert Fripp for two experimental albums, "(No Pussyfooting)" and "Evening Star". he also worked with Genesis for "The Lamb Lies Down On Broadway".

1975 produced two more albums, the influential "Another Green World" and his first undertaking of ambience with "Discreet Music". Unlike his previous albums that were recorded quickly, two years of work went into his last rock album of the 70's and my personal favourite, "Before And After Science".

His pioneering ambient efforts at "sonic landscapes" began to consume more of his time and "Ambient 1:Music For Airports" was the first in a string of ambient albums. "Music For Films" was his last album of the 70's, then he made "Ambient 4: On Land" and composed "Apollo: Atmospheres and Soundtracks" for the documentary "All Of Mankind" in 1983. He also released "More Music For Films" that year, and "Thursday Afternoon" which consisted of one 60 minute title track in 1985.

The 90's brought out a more varied style, his next album, "Nerve Net" featured very off beat rythyms, and "The Shutov Assembly" was free of most conventional instrumentation. He also released two more ambient albums, "Neroli" which has been described by Eno as "Rewarding attention, but not strict enough to demand it" and "The Drop" in 1997 which I know very little about.

Eno once again collaborated with Robert Fripp for 2004's "The Equatorial Stars" and returned to his solo career for his latest effort, 2005's "Another Day On Earth".

And now for some of his tunes!

I have really been getting into ambient music lately Sal, and was surprised to learn he was big in that genre. You can really hear his influence on the new Coldplay album in tracks like "Us Against the World". Really has that touch of ambient music to it and it all made sense to me once I learned more about him. I've enjoyed the Apollo: Atmospheres and Soundtracks album.


Other than the ambient stuff, I admit I'm not too familiar with his work but have really appreciated his contributions to Coldplay's last two albums. He's a great producer.

I love this dreamy song

Love his production work with other artists....Bowie, DEVO, Ultravox ect.

ABC Dig Music have played some interesting Brian Eno stuff from a few of his albums, though the stuff I was fascinated with was from his "Music for Films" Albums.
You must log in or register to reply here.