If any of you like Whitesnake, then you just might like Blue Murder. Blue Murder has a melodic hard rock sound infused with some blues, but they are very different from Whitesnake, IMO.

Blue Murder was formed when John Sykes, from Whitesnake and Thin Lizzy, got together with Ray Gillen (black sabbath) and Cozy Powell (Whitesnake)> The band had several band member changes in the short time of its life, which was from 1988-1994. Ray Gillen never was recorded on any albums, but was the vocalist for the demo of 1988.

Personnel on this album:

personnel on this album: 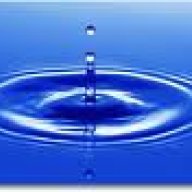 An excellent band, that were extremely good, imo! All of the members were both well established and had been in excellent bands prior to Blue Murder if I remember correctly. I was more familiar with Carmine Appice for some time and have followed him over the years, as well as with many of the bands that he's jammed with.

I did know of John Sykes for a while before Blue Murder, mostly with him in Thin Lizzy and then Whitesnake. I very much enjoy his styles and guitar playing in all of those bands!

The Firm was the only band that I had heard that included Tony Franklin before Blue Murder, and which I also very much like!

Both of the bands The Firm and Blue Murder didn't seem to last very long, with two studio albums for each, but there are many great, rocking tunes on all of them, imo!

They are a great band, and the two studio albums, plus a live album "Screaming Blue Murder" (1994)

These albums are a bit hard to find, but worth the hunt 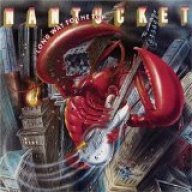 I have both albums and love them

I remember this band with John Sykes, great rocking band, don't have their albums though, may purchase.

I have the 1st album Sweaty..pretty good. I havent played it in ages...must dig it out. I loved Sykes previous bands Thin Lizzy and Tygers of Pantang.
V