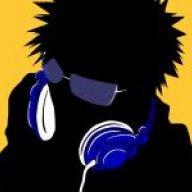 OK, so seeing as how I haven't posted anything in awhile I would like to humbly offer this album review.

OK, so I'm a 12 year old boy just getting my bearings in a world of music much older than myself. Getting into my father's record collection to try and find things I enjoyed, Hendrix, Zepplin, AC/DC, The Cars, The Doors, Devo, The Kinks to name only a few. These were the names rattling around in my head when I stumbled across this album. I am still not sure why I grabbed this album and not their first album or even why I picked this band, but it just seemed like a good CD. To be honest thats all that was in my mind. I hadn't read any album review, just grabbed it off the shelf.

I still listen to this album some 15 years later. I find myself entranced by this album. The name Blind Melon (formed in 1991) was originally a term Shannon Hoon's father used to describe the neighborhood stoners. Shannon Hoon (September 26, 1967 – October 21, 1995, due to drug overdose) was the lead singer and has a strange almost falsetto voice that turned me off at first and thus this CD sat in the rack for awhile before I picked it up again.

First things first, you'll notice a strange similarity in the dates of Hoon's demise and the release date of this album. Though it isn't technically a posthumous album, its disturbingly close. At first I felt very frustrated, the second I get to understand and enjoy this band, ****. Its the same for anyone who loved a band where a key member dies. Its just never the same. It reminds you of the loss and beauty they seem to embody.

I feel this album speaks of just that, loss and beauty. There are very upbeat tracks that seem frustrated, under a veil of melody. Soaring vocals speak of pain and regret, but also of innocence and simpler times. A seemingly raw album when first enjoyed, it actually feels more live than anything at closer inspection. The tracks are well designed, well practiced and well executed. I recommend a thorough listening from beginning to end.

Its only after the first 3 tracks that your able to deal with the latter songs. It is almost like jumping into a hot bath, you need to ease yourself in to get used to it. Blind Melon is quirky, somewhat strange and completely beautiful, but is definatly worth the listen.

PS- I also have seen some home videos from Shannon Hoon on documentaries. He apparently kept a video diary that spanned the last 6 months of his life. His struggle with drugs, tour dates, social issues and life in general were recorded. The small bits that I've seen are fascinating and are an amazing psychological view into his issues and habits. Look them up if interested.
L

Just kidding, nice review, and good to see you in the threads again.

Nice review, Alocer! I am ashamed to say, I dont have any Blind Melon in my library, but I will have to rectify that situation and give these guys a listen.

I love this album. My favorite Blind Melon song is off this album which is "Mouthful Of Cavities".

Mouthful of Cavaities is my fave too! Nice one Cosmic, *goes to befriend button*, This is long overdue.

And yes LG, it is I. I apologize for my prolonged absence. I'll do my best to keep in touch.


Alocer said:
Mouthful of Cavaities is my fave too! Nice one Cosmic, *goes to befriend button*, This is long overdue.

Great minds thinking alike with great thoughts and whatnot.