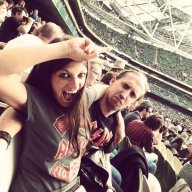 My father has been looking for a mysterious rock song for about 30 years or so.
He used to have a recording but he doesn't anymore, he never knew the title either.

The only thing he managed to do is to record his own attempt / what was stuck in his head.

You can find it here:

Now some info and facts about the song itself.

5. The song is about 4 min long, definitely not 2 or 3.
6. On Youtube recording the very beginning that he "sings" are the drums, later the bass joins in and is played until the end of the song.
7. Hammond organ is played in the song.
8. The guitars are not heavy / metal like.
9. The lyrics most likely include words: hey,hey rock & roll, fire, sun or star.

Of course none of the above are 100% certain.


Somebody from a big music shop in Poland apparently recognized the song, complimented my dad for his attempt but he doesn't remember what it is and he can't find it because he has 5000 vinyls!

Only a few days ago somebody on watzatsong.com identified another song that he was looking for, only from his "singing". It was Status Quo - Gerdundula. So apparently it is good enough to identify; if somebody knows it, they will recognize it.


He is thinking about some reward for anybody who can solve it!

Song found after 30 years of looking!!!

B
Trying to find title of unknown song

M
Does anyone know the name of this song?