Longtime 38 Special and founding Lynyrd Skynyrd bassist Larry Junstrom has died at the age of 70. .38 Special confirmed the news on Facebook.

"The Big Man on the Big Bass has left us," his former bandmates wrote. "He rocked arenas all over the world and succeeded in living his dream. He was truly one of a kind, a congenial traveling companion and a great friend to all with a humorous slant on life that always kept our spirits high -- a kind man with a big heart for everyone who crossed his path. There will never be another like him. We are sending our devoted love, strength and comfort to his wife Thania and Larry’s family. We will miss our friend and partner."
Junstrom formed Lynyrd Skynyrd in 1964 alongside his high school classmates Ronnie Van Zant, Gary Rossington, Allen Collins and Bob Burns. He departed the group in 1971, prior to the recording of their debut album, Pronounced Leh-nerd Skin-nerd.

Six years later, he joined Van Zant's younger brother Donnie's band, 38 Special. "My first show with 38 Special was the [1977] Super Bowl of Rock," Junstrom told Swampland in 2004. "To this day [it is] one of the biggest shows we have ever done. It was at Soldier Field in Chicago and there were about 100,000 people there. I will never forget it -- the acts on the bill were Journey, Skynyrd, Ted Nugent and several other bands. I was so nervous before that show that I could not sleep for three nights before, but once I hit the stage it was natural and everyone said I did great."

Junstrom appeared on all 12 of 38 Special's studio albums, from their self-titled 1977 debut until 2004's Drivetrain, before a hand injury forced him to retire from the group in 2014. "I know everyone tells you their fans are the best, but nobody is more loyal than a 38 fan," Junstrom told Swampland when asked about the key to the band's longevity. "We give 110 percent at everything we do and that shows in our ability to survive the trends in the music business."

R.I.P
Looks like Gary and Rickie are the only original Skynyrd members still around.
Yeah Rickie qualifies IMO having played drums on the muscle shoals sessions before the band was signed by Capricorn. 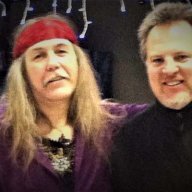 Larry with 38 Special in 1981 on the "Wild-Eyed Southern Boy's" Tour at the Capitol Theater, Passaic, New Jersey
(c)Bill O'Leary/TimelessConcertImages.com 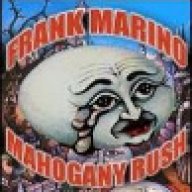 Condolences to Larry's family and friends.